Pope Appoints Woman as Under-Secretary in Vatican Secretariat of State 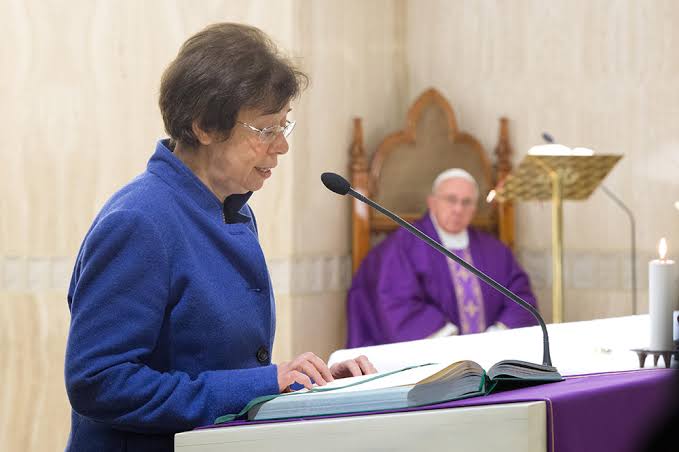 Pope Francis has appointed Francesca Di Giovanni to be the new undersecretary for multilateral affairs in the Vatican’s Secretariat of State.

Di Giovanni said she did not expect the appointment, but was looking forward to advance a “feminine point of view” in her new role.

“The Pope “surprised us, as he often does, with this decision”, Di Giovanni said.

Speaking to local media, she said she had not yet had the chance to speak with the Pope since her appointment, but that she intends to write to him.

Born in Palermo, Dr. Di Giovanni has worked in the Secretariat for 27 years and holds a law degree. After completing practicum as a notary, she worked in the juridical-administrative area at the International Centre of the Work of Mary (Focolare Movement). On September 15, 1993, she began work as an official in the Section for Relations with States of the Secretariat of State. Di Giovanni has served in the multilateral sector, especially in the areas of migrants and refugees, international humanitarian law, communications, private international law, the status of women, intellectual property, and tourism.

With the appointment of Dr. Di Giovanni, the Section for Relations with States has two under-secretaries: Di Giovanni will work alongside Monsignor Mirosław Wachowski, who will continue to work primarily in the area of bilateral diplomacy.