Muhoozi welcomes Italian ambassador Vice president No where to be seen . 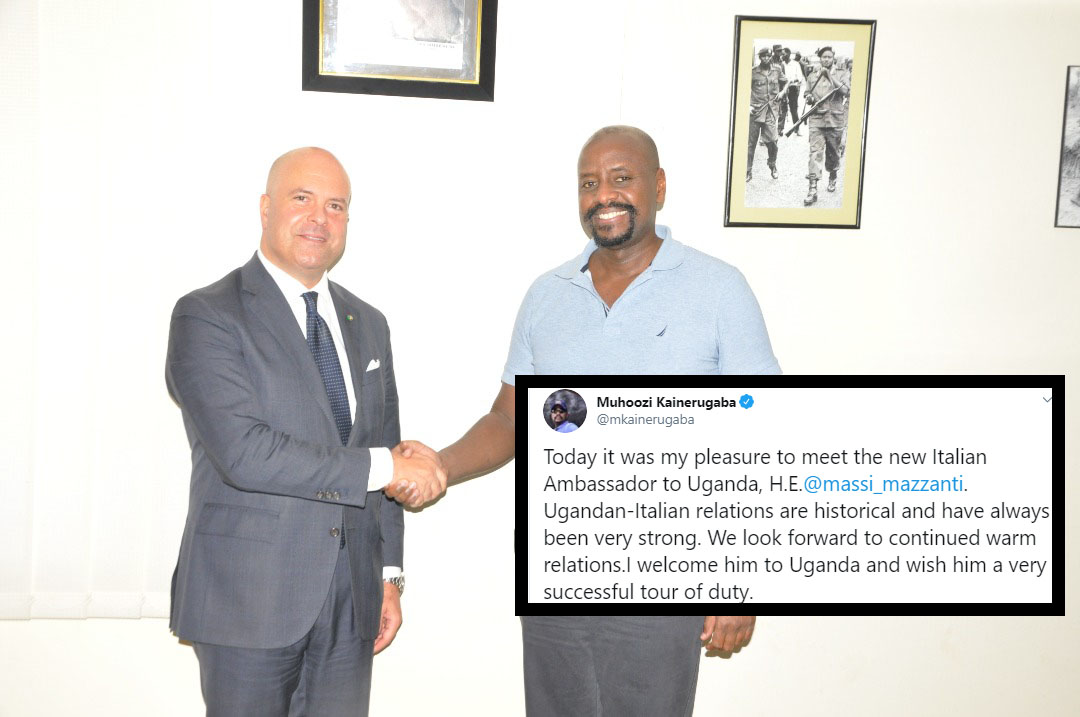 The president who would have welcomed the Ambassador is away at the UK-AFRICA investment summit that he attended with His daughter Diana Kamuntu in the united kingdom. 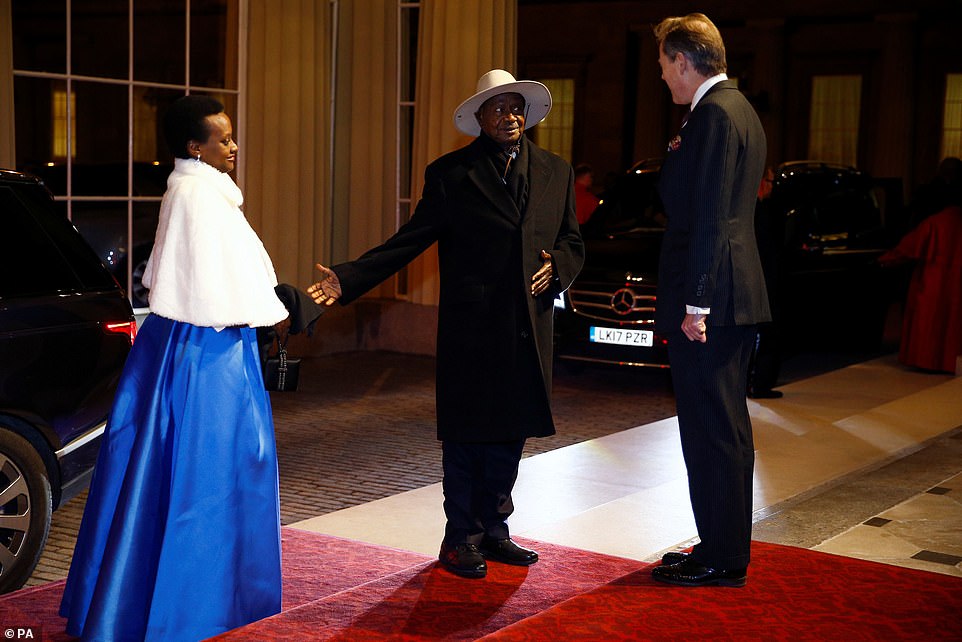 The duty would have fallen to the Vice president Edward Kiwanuka ssekandi to welcome the ambassador with the president’s absentia but was snubbed for a presidential adviser which left most Ugandans on social media thinking if Uganda really had a vice president.

While welcoming the ambassador at the special forces command in Entebbe dressed in a polo T-shirt, Muhoozi said that he was looking forward to the warm relations with Italy. 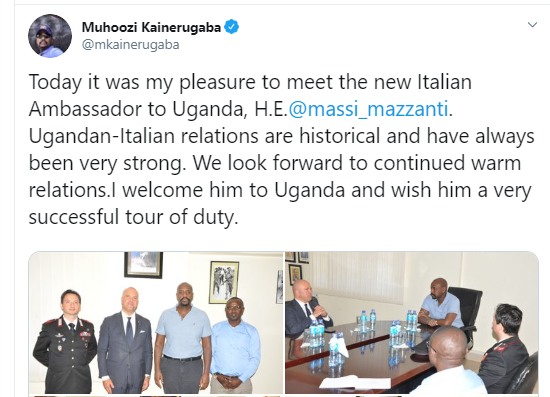 Over the years, in addition to having cancelled a debt of 115 million dollars to Uganda on the basis of Heavily Indebted Poor Countries initiative, Italy has contributed to the growth of the country with more than 100 million euros both in bilateral and multilateral interventions and promotion of NGOs.

In March 1992 he graduated in Political Science from the “L.U.I.S.S.” University of Rome.

After his degree, he served as an Italian Navy Reserve Officer.

He entered the Diplomatic Service on 29th December 1997 and worked at the Servizio Stampa e Informazione (Press Office) of the Italian Ministry of Foreign Affairs in Rome.

From September 2000 he was posted to the Embassy of Italy in Riyadh (Saudi Arabia) as First Commercial Secretary.

On 20th March 2004 he was appointed Chief of Staff to the Secretary General of the Ministry of Foreign Affairs.

On 16th August 2013 he was appointed Consul General of Italy in London.

From June 2018 to October 2019 he was Chief of Staff to the Deputy Secretary of State for Foreign Affairs and International Cooperation.

From 21 October 2019, he is the Ambassador of Italy in Uganda, and Ambassador-designate in Ruanda and Burundi.