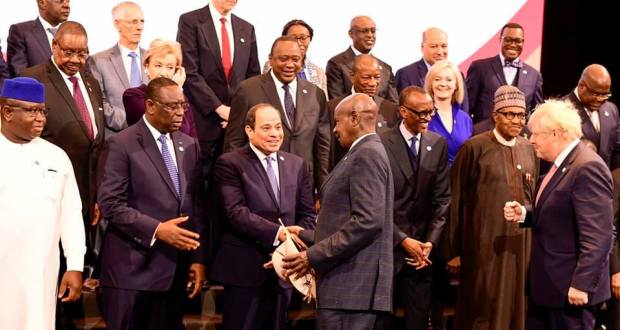 The UK Prime Minister Boris Johnson has said Uganda’s beef will be welcomed to Britain as one of the ways to increase partnership for mutual benefit between the two countries since it is what Museveni asked for.

Boris made the remarks on Monday during the opening ceremony of the UK-Africa summit in which the former is wooing Africa after the Brexit.

“We want to go far beyond though I have just told President Museveni of Uganda that his beef cattle will have an honored place on the tables of post-Brexit Britain. Yes, he’s very proud of them and quite rightly. But I want to go beyond that. Because what I am really talking about is building a partnership that benefits all of us,” Boris Johnson said on Monday after a bilateral meeting with Museveni.

According to President Museveni, Uganda is ready to receive British investors, given the immense business opportunities in the Pearl of Africa that in the areas of Agriculture, tourism and ICT.

The first-ever UK-Africa Investment Summit has brought together 21 African countries with UK and African companies and is the first time governments and businesses from the UK and Africa have come together for an event of this scale where Deals worth billions of pounds are expected to be announced.