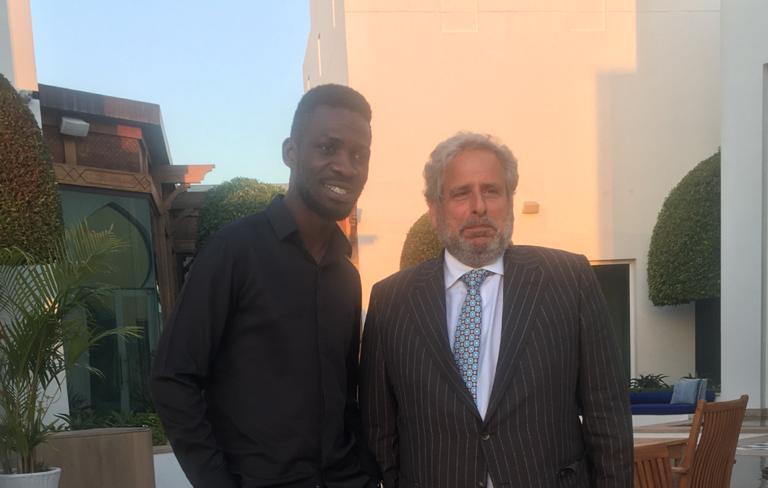 On route back from Jamaica Bobi Wine met up with his international lawyer Robert Amsterdam at an unknown location. Bobi Wine and Lawyer Amsterdam discussed at length about Uganda dire and the worsening Human rights situation in Uganda.

The International lawyer expressed his deep concerns on the country saying;

“We continue to be extremely concerned and dismayed by the apparent impunity with which Museveni’s security agents are conducting themselves, with flagrant violence and repression designed to stifle free speech and assembly.”

While meeting Bobi wine he also managed to weigh in on the murder of Mr. Omara Bonny a people power coordinator who was murdered on Sunday and his body dropped in Lira. 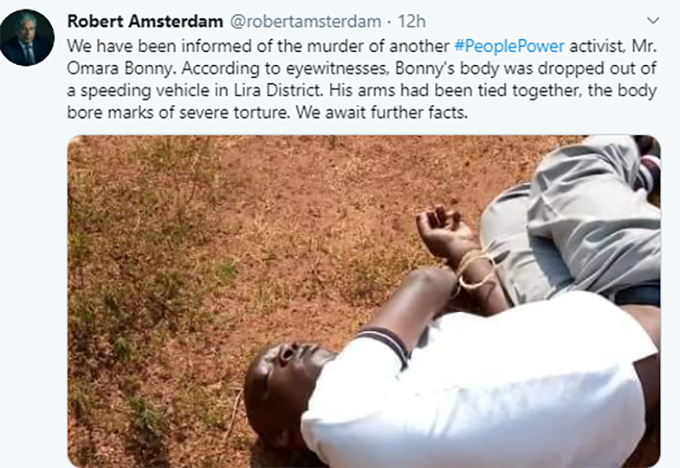 Robert Amsterdam the Canadian international lawyer has been following the situation in Uganda closely since 2018 when Hon Kyagulanyi was attacked in Arua. He has strongly criticized the regime and westerner countries for supporting Museveni and his government.