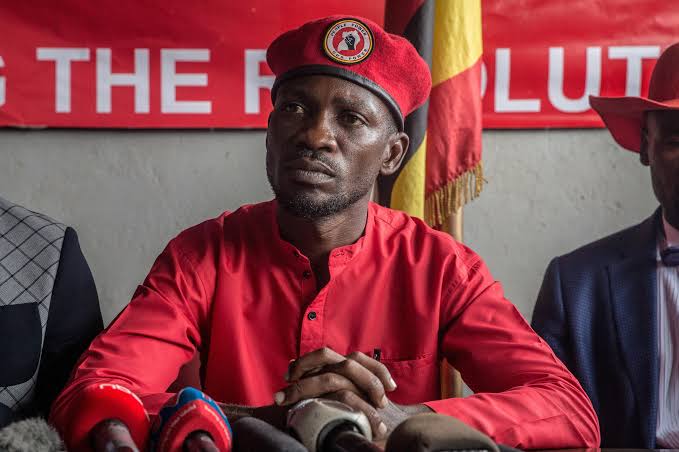 Kyadondo East legislator and presidential hopeful Robert Kyagulanyi Sentamu aka Bobi Wine has rejected government’s offer to give him security saying that he can take charge of his own security with the help of Ugandans.

A few weeks ago, the minister of state for Internal Affairs Obiga Kania while addressing the Parliamentary Committee of Defence and Internal Affairs said that government had taken extra steps to protect Kyagulanyi because he had become an asset to the Country.

Kania argued that ever since Kyagulanyi declared his presidential ambitions, it has become the duty of government to ensure that no body hurts him.

Speaking to a group of People Power Movement Supporters at his residence in Magere, Kyagulanyi scoffed off the minister’s comments saying that Ugandans will protect him and not the state.

Kyagulanyi tactfully asked the minister if he had already offered him the security and they started with Yasin Kawuma, his slain driver who was shot in Arua in August 2018.

Kyagulanyi said that Uganda is a country where many people are killed with no traces of who killed them.

“You have a minister who can even call the President but she is also crying that they want to kill her. I have not heard them talking about giving her security,” Kyagulanyi said.

Kyagulanyi added that if the government is planning an attack against him, he is ready but they should know that Ugandans would rise to protect him.

Kyagulanyi called upon his supporters not allow anyone to scare them with death saying that, ‘if you don’t have freedom to speak for yourself, you’re as good as dead. Some people die at 20 but they are buried at 70.’

The People Power spokesperson Joel Ssenyonyi also revealed that as a movement they have their own internal security mechanisms but they have increasingly observed unidentified individuals that are believed to be security personnel following them around.