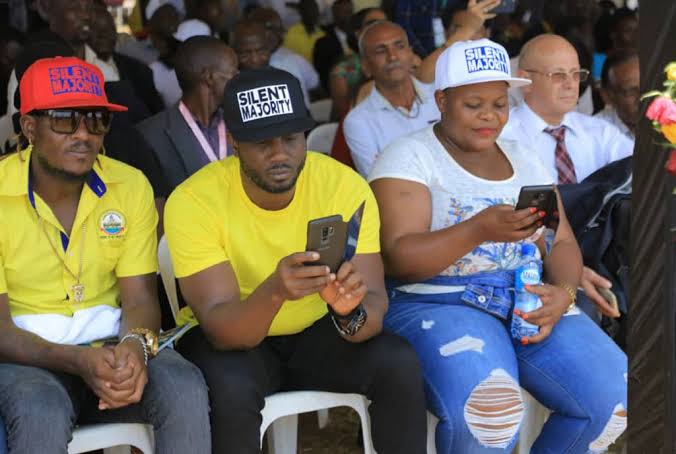 Police promises to ban concerts over cases of hurling bottles towards musicians on stage.

A number of musicians, especially those who support the National Resistance Movement have in the past been on the receiving end of bottles by revelers at various concerts across the country.

The latest victim was faded star, Ibrahim Mayanja aka Big Eye at a concert at Freedom City in Wakiso district earlier this month.

Addressing journalists at a press conference at Naguru, Police spokesperson, Fred Enanga said event organizers should put in place measures that would ensure the safety of everyone attending their concerts.

“We would like to issue a serious warning to event promoters and organizers against acts of disorder by revelers and activists burling bottles and stones during public events and in particular music concerts. We do not want to see a repeat of these ugly incidents which have the potential of putting lives of participants at greater risk,” Enanga said.

“We want everyone attending these events or concerts to have all the fun while obeying the law by acting responsibly and staying safe. It is a timely warning at the beginning of the year so that sanctions can be taken against an organizer or promoter who fails to address acts of hooliganism and disorders.”

Enanga added that organizers must provide Police with a plan on how to manage and regulate crowd behavior through deployment of stewards, ushers, and private security but also manage traffic flow and its impact on local amenities.

According to Police, all forms of narcotics and alcoholic abuse during the concerts should be controlled but also put in place plans for response to emergency and management situations and safe evacuation.

“Invest in research to find out which musicians are not wanted by the public and these should not be invited for concerts. If you don’t follow the provided guidelines, in future we will not allow concerts,” Enanga said