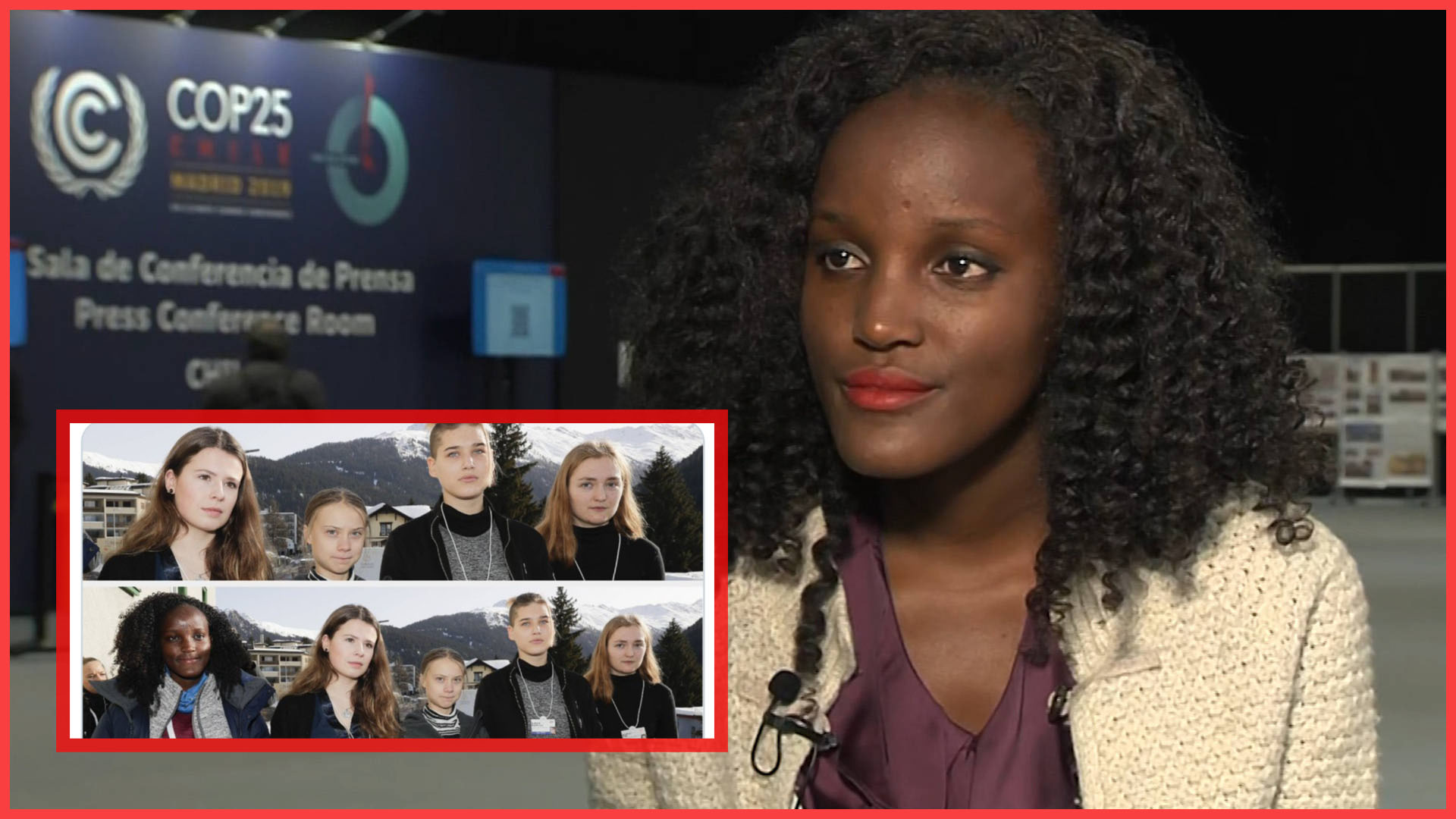 Who is Vanessa Nakate?

“Yes, climate change is taught in schools but they don’t tell us that it is a threat to our lives and to our future. The fact that it is not highlighted that much in the news and people do not talk about it as much as they should be made me decide to start talking about it.”

At the age of 23, the Uganda Climate Change activist Vanessa Nakate holds a Bachelor’s Degree in Public Administration from Makerere University Business School.

On Friday January 24th 2020, Nakate shared a video on her twitter page expressing her deep and sad emotions after she had landed on an article published by a famous US newspaper, Associated Press news agency which had cropped her out of a picture that she had featured in with other young female activists; Greta Thunberg, Loukina Tille, Luisa Neubauer and Isabelle Axelson at a news conference in Davos while attending the World Economic Forum.

The Associated Press news agency later removed the cropped picture claiming that there was no “ill intent.”

Nakate has since then attracted a lot of sympathy from all over the world after she called the AP newspaper “racist”.

“This is the first time in my life that I’ve understood the definition of the word racism…” she said.

Growing up and Education.

Born in 1996 to Anna Babirye and Paul Mugambe in Kampala, Nakate says she grew up as a shy child and more like an introvert but became more confident in herself as she progressed with school.

“As a child, I was a very reserved person and a very shy person. I was more of an introvert because I always wanted to be by myself but school shaped me into a confident person, I always tried my best to be confident.”

Nakate went to Mivule primary school Kisubi where her journey of leadership began.

“I contested as assistant health prefect but I didn’t go through. This to me was a step to confidence since I had been a very quiet and reserved person.

For O’level, Nakate joined Our Lady of Good Council Senior Secondary School, Gayaza where she served as Assistant house captain.

She later joined Trinity College Nabbingo for her A’ Level where she was the academics prefect.

“I’ve been a leader in all the schools that I have been to and this has shaped me up and built me into the person that I am today.”

After her A’ level, Nakate joined Makerere University Business School to peruse a Bachelor’s degree in Business Administration which she successfully completed and graduated in January 2019.

Nakate’s journey of activism started in 2018 after school as she awaited her graduation. She thought about something that would create change around the country.

“I wanted to do something that would cause change in the lives of the people in my country but I was not specific about the kind of activism that I would do. So, I carried out research about the major problems that are faced by the people in Uganda. There were quite a number of problems like poverty, corruption, inequality but I was struck by the fact that climate change was one of the problems,” she said.

Nakate feels that Climate change has not been elaborated enough to students in schools.

“Yes, climate change it is taught in schools but they don’t tell us that it is a threat to our lives and to our future. The fact that it is not highlighted that much in the news and people do not talk about it as much as they should be, made me decide to start talking about it.”

When she realized that climate change was a big problem, she decided to find ways of creating awareness and through her research, she landed on the Fridays for Future Climate Strikes that were started by Greta Thunberg in Sweden and she decided to start doing that.

“Since then, I have been organizing Climate Change strikes and other activities which we call “beating pollution activities” where we go to communities and clean up. This gives us an opportunity to talk to people of the communities directly and tell them about the environment and how it’s important for us to protect it and save it.”

Nakate has not only moved to the communities but has also extended the awareness to schools.

“I’ve gone to schools to teach students in primary about climate change and what they can do in their day to-day life because I believe that if we equip the young generation with the knowledge about the climate crisis, they will be able to raise their voices against it and demand for climate action.”

Nakate, as part of her “Beating Pollution activities” managed to solicit funds from donors which she used to buy and distribute solar systems to primary schools and distribute institutional stoves in a bid to introduce clean energy.

Nakate says that considering the fact that Uganda is an agricultural economy, the effects of climate change can highly affect most people’s incomes and that is why she thinks it should be addressed.

“Most people say that we have many problems to tackle like poverty but they don’t realize that even poverty is caused by climate change. If a family depends on agriculture and suddenly, they lose everything as a result of floods or landslides, that means they are drown into complete poverty.”

Nakate has since been part of various international climate change protests and discussions including the Amazon strikes which gave her the morale to defend the Congo Rainforest.

She also joined the COP25 protest in Madrid in December 2019 with fellow climate change activist, Thunberg.

Additionally, Nakate founded the Rise Up Movement in Africa to amplify the voices of African activists and give them an opportunity to tell stories about how climate change affects them and their countries