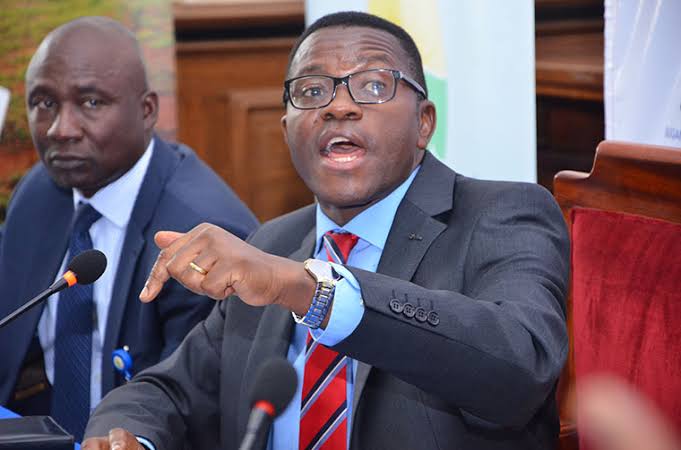 Katikkiro Charles Peter Mayiga on Monday said that President Yoweri Museveni’s new anti-corruption fight will only make sense if he targets top government officials, including ministers and some of his relatives.

Mayiga’s remarks were made while addressing the Lukiiko at Bulange Mengo in response to President Museveni’s speech during the National Resistance Movement (NRM) party National Delegates’ Conference at Namboole National Stadium over the weekend.

While Mr. Museveni acknowledged that corruption is a big problem in Uganda but hastened to add that it is easy to stop, Mr. Mayiga says there is need for Mr. Museveni to bring to book top corrupt government officials who seem to be untouchable adding that the NRM government devised ways to arrest the corrupt but Ugandans are yet to be convinced by the results.

Mr. Mayiga said that billions of money which would help the country fight poverty among citizens are embezzled by the officials with impunity and Ugandans are left to die in hospitals without medication and equipment.

The Gomba County representative Mr. Ssenoga Kirigwajjo in Lukiiko said that corruption and theft habits start from families where children are raised hence the need for parents to ensure that they dedicate more time to teaching children about morals.

A recent Corruption Perception Index, a global report by Transparency International, indicated that Uganda was progressing in the fight against corruption dropping 12 places from 149th position to 137 on a scale of 180 countries.

According to the report, Rwanda remains the least corrupt country in the East African region in position 51 followed by Tanzania in the 96th position with a score of 37 while Kenya and Uganda are tied together.

Transparency International also recommended governments to reduce the risk of conflict of interest, enforce campaign finance regulations in order to prevent excessive money and influence in politics, and strengthen election integrity by preventing and sanctioning vote-buying and misinformation campaigns.