Maj. Naomi had flown the chopper for 14 years before today’s crash that claimed her life 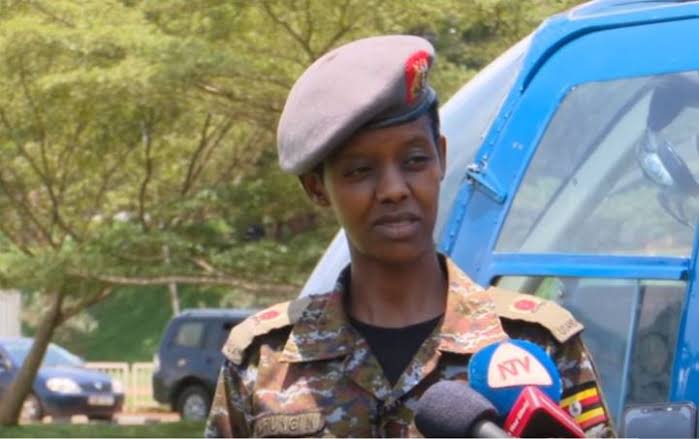 Maj. Naomi Karungi, one of the two victims who died in the Tuesday UPDF Jet Crash had flown the chopper for 14 years.

A Uganda People’s Defence Air Forces Jet Ranger AF 302 that was on a training mission crashed in Gomba today afternoon killing two of its occupants including Major Naomi Karungi who was the pilot instructor together with pilot cadet Bernard Wakalu who was the trainee.

In regards to an interview that was recorded in 2019 by NTV Uganda, Maj. Karungi revealed that she was among the few females who had qualified to fly choppers in the Ugandan army.

Karungi who joined the UPDF in 2005 said that she had flown the Fighter Aircraft for 14 years and had gained a lot of experience in the Aviation field.

“We were at the university and got the opportunity to join the military and from there we went to the flying school. From there, the rest is history,” Karungi told NTV in an interview in 2019 during the International Women’s day celebrations.

After joining the military, Karungi was later sent to Soroti Flying School where she learnt about the basics of controlling and flying an aircraft for three years, she then got a private pilot licence in flying basic aircraft before she upgraded while at the Entebbe Airbase.

As is with every job, Karungi (Late) reminisced on a number of challenges she had gone through during her 14-year career in the military adding that she had put in her all to make it in a male-dominated field.