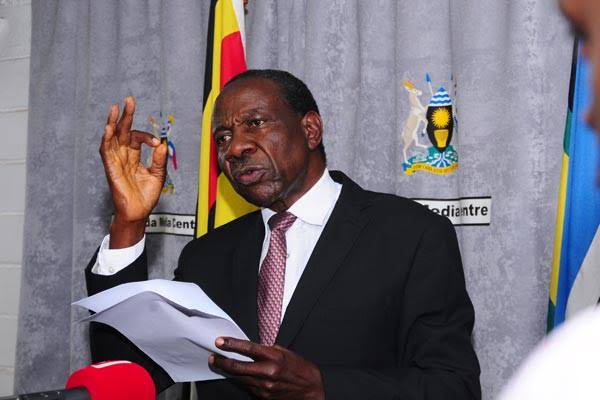 Minister for Finance, Matia Kasaija, has directed the Electoral Commission (EC) to cut their budget estimate for the 2021 general elections.

Appearing before the legal and parliamentary affairs committee, Kasaija said he had directed EC to cut its budget and come up with a new expenditure estimate before Friday.

However, Early this month, the EC chairman, Justice Simon Byabakama, told the committee that the available money was enough to only facilitate implementation of the electoral road map up to presidential nominations, yet the Government was reluctant to release more money which prompted the committee to summon the finance ministry.

The state minister for planning, David Bahati, appearing before the same committee said they were planning to use part of the euros 600m (sh2.4 trillion) borrowed from Stanbic Bank to cover the EC budget shortfall of sh518b for the elections.

In 2018, EC released a road map where they estimated that all elections would cost Shs. 868b.

According to the road map, polling for presidential, general parliamentary and local government councils shall be between January 10 and February 8, 2021, which sets a benchmark for all other electoral activities and Nominations for local government councils are expected in July while those for parliamentary and presidential candidates shall be in August.

Nevertheless, Kasaija’s decision did not, go down well with some lawmakers who said cutting the budget puts the credibility of the 2021 general election in jeopardy.

“It is as if the minister is saying that without cutting the budget, the Government will not fund the elections. In the national budget framework paper, the budgets for all other sectors have been slashed, but there is no indication of where this money is going.

Last year, Uganda Revenue Authority (URA) revealed that by the first half of the current financial year, they had registered a shortfall of sh500b in revenue collections which Kasaija says affects the funding of priority areas such as elections.