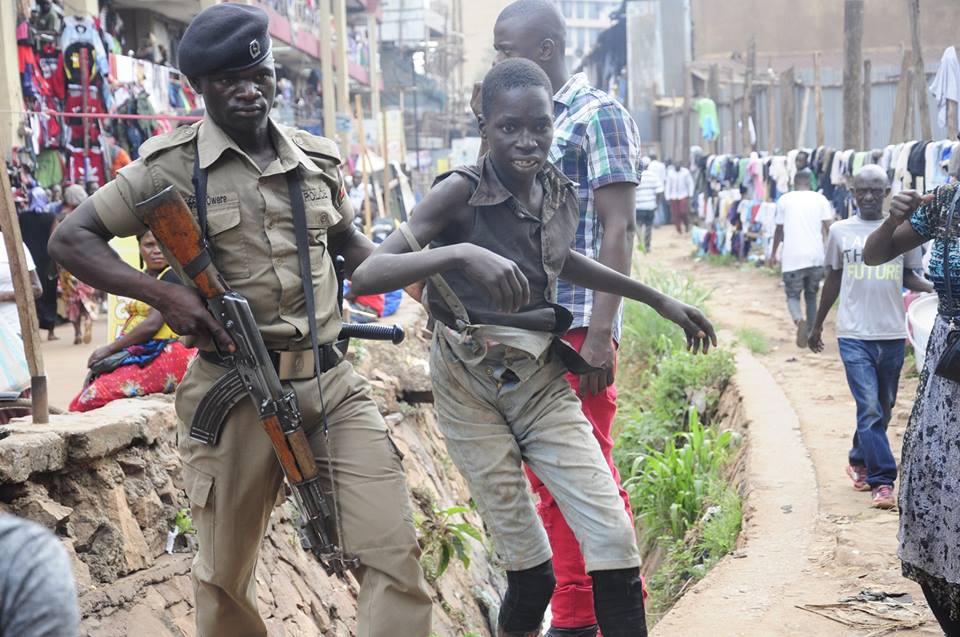 Over 50 suspects have been arrested by Police in a joint operation with ISO across the city.

The suspects were arrested across in the areas of Arua park, Kiseka Market, Owino market, Katwe, Mutaasa Kafeero Street, Kibuye and Clock tower in an abrupt operation targeting criminal gangs terrorizing the city.

According to the Kampala Metropolitan Spokesperson, Luke Owoyesigire, the operation was a result of constant complaints of theft and other robberies that include phones and handbags.

He added that Police had managed to arrest top criminal gangs who are believed to be the brains behind all the robberies and theft in Kampala and the neighboring areas.

According to the police spokesperson, the suspects will help security in apprehending colleagues who are part of the gangs terrorizing members of the public.