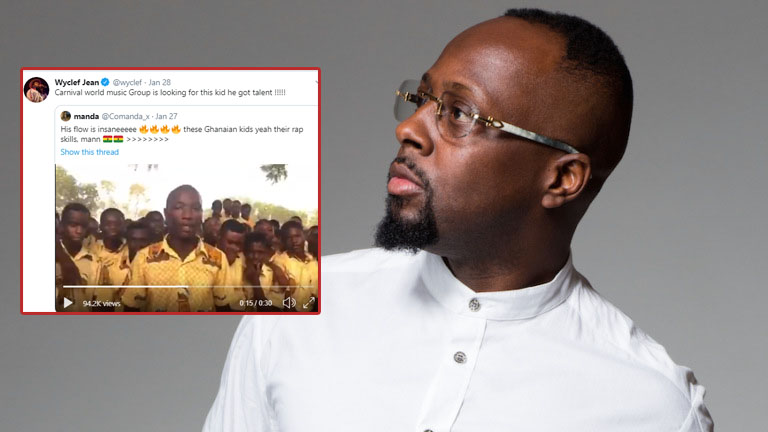 Haitian-born American musician Wyclef jean has raised $ 25million to invest in music songwriters and producers from Africa and other developing countries.

While speaking to Forbes magazine about his latest venture, the 3-time Grammy award winner said:  “the demand for music from Africa and other developing regions is growing and these creatives deserve to be part of the international marketplace.”

“There is a need for them to have open access to global publishing and distribution options that protect their rights and ensure that they are fairly paid.”

“This initiative not only introduces and launches new talent but helps creatives around the world thrive in their careers.”

A Ghanaian High school rapper caught the attention of Wyclef and has since posted and looked for him on his social media account. 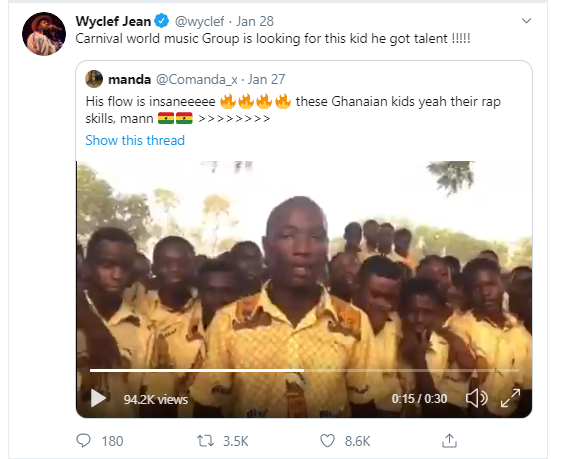 Equipped with  $25 million in capital investment, Carnival World Music Group will launch later this year in search of new talent. He also revealed that distribution and publishing for the outfit would be handled by New York-based Heads Music.