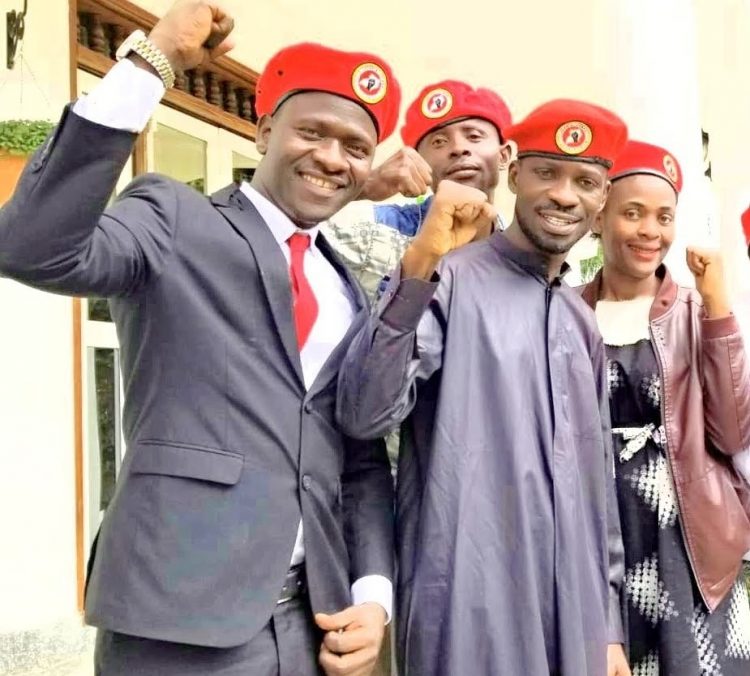 Aguuda Moses, an aspiring Member of Parliament representing Hoima Municipality is in a serious exchange of words with the town mayor of Hoima Municipality. This comes after Mr. Aguuda Moses, ‘the Champion of the Poor’ as he is commonly known, called a press conference and made many demands that the town mayor was supposed to respond to before he organized ‘something bitter.’

On hearing this, the mayor, whose name is Mary Mugasa, took to the media and condemned the act,  branding Aguuda as someone who is not appreciative.

Mr. Aguuda did not hesitate on his quest. He kept pestering the mayor to bring accountability to the public other than hiding from them.

”We don’t even know where the mayor’s office is located.” Said a bitter Aguuda. “She is fearing to come and address the public yet there are so many unanswered questions. We shall not tire from demanding for what we ought to have.”

Aguuda Moses is one of the young people power politicians who have taken over Hoima district by storm. His rise to fame has brought many youths to his side for his fearless approach towards issues that are affecting the people and his political articulation of issues.

All the future seems smooth for him since there has not yet come out any new strong name to challenge him. The battle remains between him and the incumbent Member of Parliament Hon. Bategeka Lawrence who is a rich man holding a stringent of strong businesses in the now-approved Hoima city and other aspirants.