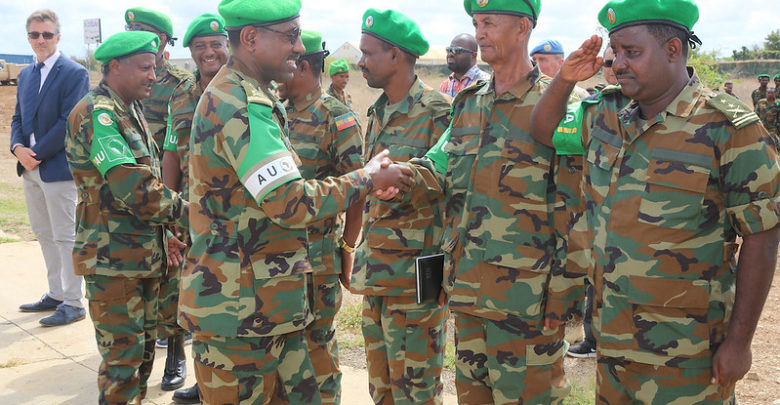 On Sunday, 3 February military delegations from troop-contributing nations met in Mogadishu to review the plans of cutting the peacekeeping force. Their decision follows the increased attacks orchestrated by Alshabab militants. The most affected country being Kenya which borders the war torn nation in the South. The commanders projected their plan to lay off about 1000 soldiers by February 28.

The overall AMISOM (Africam Union Mission in Somalia) commander, Lt. Gen. Tigabu Yilma Wondimhunegn was on Sunday afternoon quoted by media, “The main agenda is the drawdown based on the UN Security Council Resolution of 2019, which states that we drawdown by another 1000; the general security situation and future operations, especially the rearrangement of the Concept of Operations (CONOPs) 2020.” He further advised the contingent commander to take keen steps of reducing the force without jeopardizing the security achievements so far.

It should be noted that Uganda is one of the peace force contributors to war torn Somalia. The Ugandan troops occupy big spheres in the disputed East African nation. Just like Kenya, Uganda as a country has paid back for its missions. The unprecedented July 7, 2010 bombings that left dozens dead in the capital, Kampala are some of the major retribution of the Somalia mission.