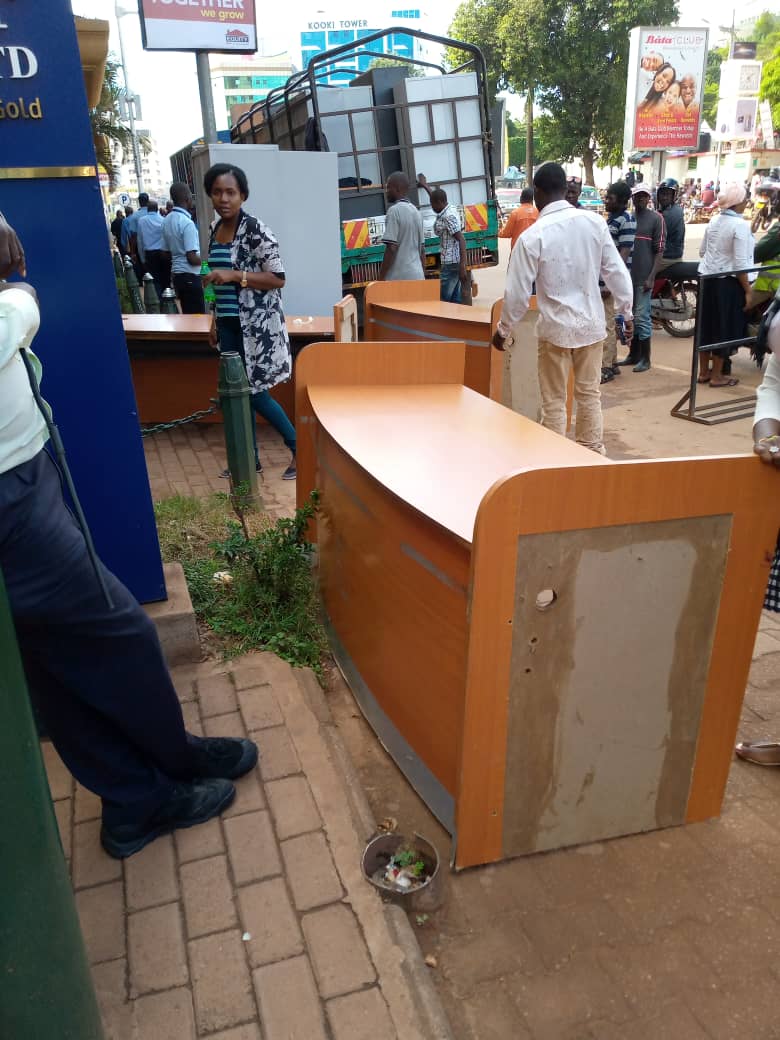 DFCU has relocated over 15 branches including Cranes Chambers, Arua, and Entebbe centers from the Meera Investment Properties.

At Kampala road, Kikuubo and Entebbe, Dozens of Labourers were making lots of cash as they helped carry the bank’s belongings from the disputed premises onto the transfer trucks headed for new locations.

DFCU recently issued a public notice saying that relocation isn’t the only thing that changed.

“As part of the implementation process of our digitization agenda, we would like to inform our esteemed customers that the following branches will be relocated effective Monday 3rd February,” the public notice dated Friday, January 31 reads. 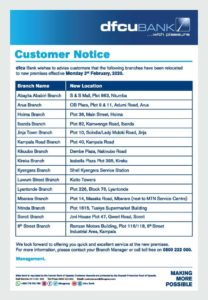 Reports also indicate that apart from exiting the Meera Investment Properties, there will also be a layoff of part of the DFCU employees.

Last year, DFCU asked Bank of Uganda to take back titles for the 48 properties that belong to Meera Investments Ltd of city tycoon Sudhir Ruparelia and also denied that the bank was shutting down over 20 branches in the disputed Meera investment buildings but insisted that a review of the bank’s branch network as part of her digital strategy.

DFCU Bank controversially acquired Crane Bank Ltd in January 2017, after the Bank of Uganda put the former under statutory management and later closed, and sold it off.

As a result, the DFCU Bank has been caught up in the ensuing legal battle between the shareholders of Crane Bank Ltd led by city tycoon Sudhir Ruparelia and the central bank.

The bank was ordered to vacate the buildings owned by the former’s landlord Meera Investments Ltd after it emerged that the DFCU Bank was misled by city Law firm Sebalu & Lule Advocates to transfer title properties.