Mao describes those questioning his leadership in DP as Lumpens 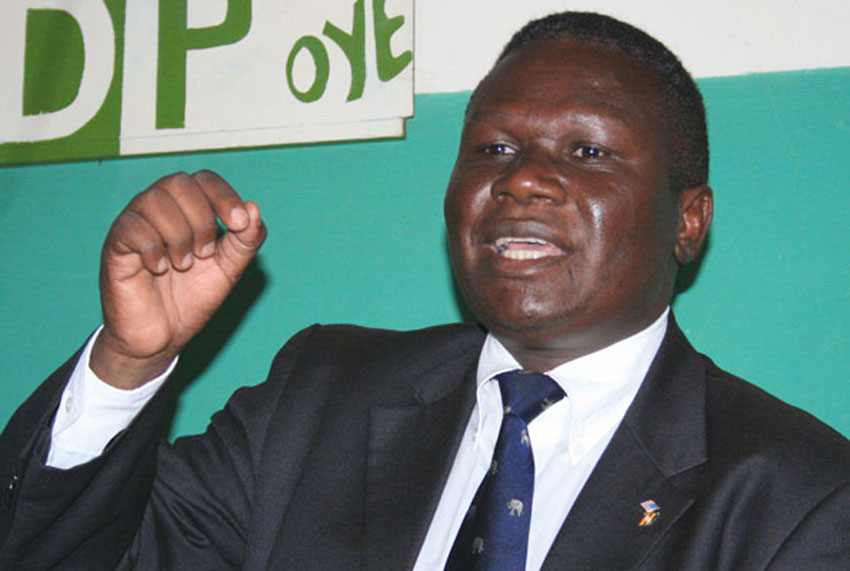 DP President General Norbert Mao has fired back at Party members who criticize him and accuse him of misguiding the party describing them as lumpens and people of questionable character.

Mao’s remarks were directed towards a group of DP legislators who openly questioned his leadership style at a Press conference in Parliament after he had announced intentions to stand for Presidency.

The DP legislators accused Mao of failing planned party grass root elections that were scheduled for March last year and not respecting the party constitution.

However, while addressing the media on Saturday, Mao said: “I reject the accusations by those who say there is anybody disorganizing elections. I also wish to let the country know that no individual, not even the president [of DP] can undo the decision of the National Executive Committee.”

Mao revealed that he had issued a circular to the effect that anybody who disrupts the processes of the National Executive Committee will be subjected to disciplinary action adding that the ongoing bickering and accusations against him by some members of the party are motivated by the divided loyalty from people of questionable characters.

He also explained the root cause of the current bickering in DP which he said can be traced back to the contest for the DP leadership in 2010.

“With the coming of Hajji Nasser Ntege Sebaggala, you could say a lot of lumpens came into the party. I call them lumpens because they don’t share the same values of DP. For them, DP is just a meal card. The Sebaggala wave swept a lot of people into prominent positions of the party, people who don’t understand the value of DP, people who didn’t become DP by conviction, “Mao said.

Mao who had earlier described the DP MPs that accuse him as lumpens added that some of the people have “ rotten characters are corrupt and compromised” warning that such leaders will soon face elimination in order to ensure the Party’s stability.

Mao first won the DP President-General in 2010 after a competitive contest against Al Hajji Nasser Ntege Ssebagala who has since crossed to the NRM where he was appointed as Senior Presidential adviser in 2015 but later resigned over continued poor governance and the state of the country’s economy.