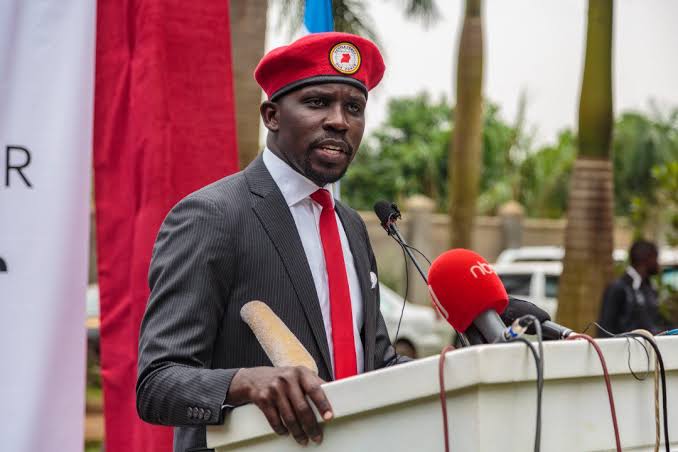 Joel Ssenyonyi, the People Power Movement Spokesperson has announced intentions to stand for Member of Parliament Nakawa Division in the upcoming 2021 general elections.

Ssenyonyi who is a former news anchor at NTV and also a law student at Makerere University revealed his intentions at an annual football gala at East High Ntinda where he had been invited as the guest of honor.

Ssenyonyi noted that he had been motivated by the movement’s team leader Kyadondo East Legislator Robert Kyagulanyi Ssentamu aka Bobi Wine who challenged all People Power Movement Youth to offer themselves for the different Positions of Leadership come 2021.

He added that the People Power Movement continues to appeal to all Youth to come out and offer themselves in taking up the leadership spaces across the Country because they have what it takes to create change.

“We continue appealing to you the youths to come out in taking over positions leadership in this country because you are very able. You know, I was recently having a conversation with my elder Robert Kyagulanyi (Bobi Wine) and he asked me ‘Ssenyonyi, you people are sending me for Presidency but where are roots?’ I wondered what he meant and in response, he told me that by roots he meant Parliament, Local Councils, and other elective positions,” said Ssenyonyi.“So he asked again that ‘What shall we do with the roots?’ I have therefore decided to come out and be part of the roots that will take Hon Kyagulanyi to Presidency by standing for Nakawa Division MP seat. I am a resident of Bukoto II Parish here in Kakawa Division,” Ssenyonyi added.

In April 2019, NRM diehard and Events Promoter Balaam Barugahaare said he was consulting residents on whether they were fine with Moses Ssali aka Bebe Cool representing them in Parliament adding that he was ready to fund the campaign.

Nakawa Division is currently represented by Micheal Kabaziguruka a member of the Forum for Democratic  Change. Whereas Kabaziguruka has not yet shown intentions for seeking reelection into Parliament for a second term, Joel Ssenyonyi will be giving whoever wants the Nakawa seat a run for their money since the People Power Movement has been performing very well in the by-elections across the Country.