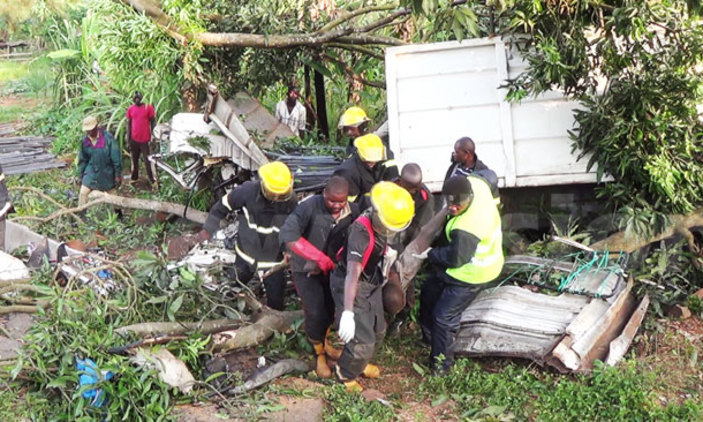 At least one person has been pronounced dead and 22 others injured after a morning accident at Bulamagi in Buikwe District.

According to a local source we contacted, the deadly accident occurred in the early morning hours at around 5am. The commuter taxi was mainly occupied by school going children. The deceased person has been identified as Kinobe Sanomi a 37 year old resident of Kidera village in Buyende District.

The commuter taxi reg.No. 195C is said to have lost control and rammed into a Fuso truck reg.No. UAQ 310E which was coming from an opposite direction. The deceased was pronounced dead on arrival at Jinja Hospital while the other 22 are nursing sustained injuries. Out of the injured 22, only 15 people are able to walk on their feet while the other 7 are being supported by clutches.

A police source who declined to be on record told this site that Bulamagi, a spot on the Jinja-Kampala has become a death trap that drivers are ignorantly unbothered about.