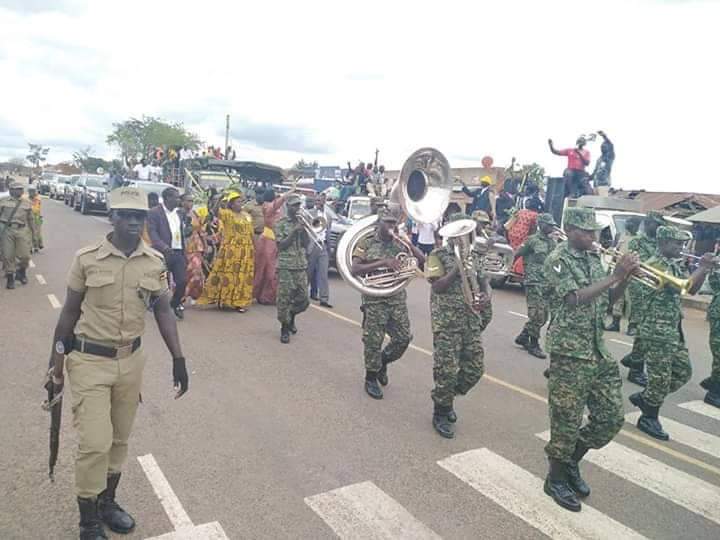 The former FDC muscle yesterday arranged what she expected to he a heroic homecoming for her recent ministerial appointment.

Though she thought it would be a successful move, she could be wiping tears at the moment after the embarrassing experience she met on the streets of Kitgum town. Anywar’s parade was mainly dominated by UPDF and Special Forces Command (SFC) who were all over streets leading a band through town in failed attempts to pull crowds.

Surprisingly, people only looked on as Anywar led her team. Nobody was interested in joining the once-powerful lady of Northern Uganda. 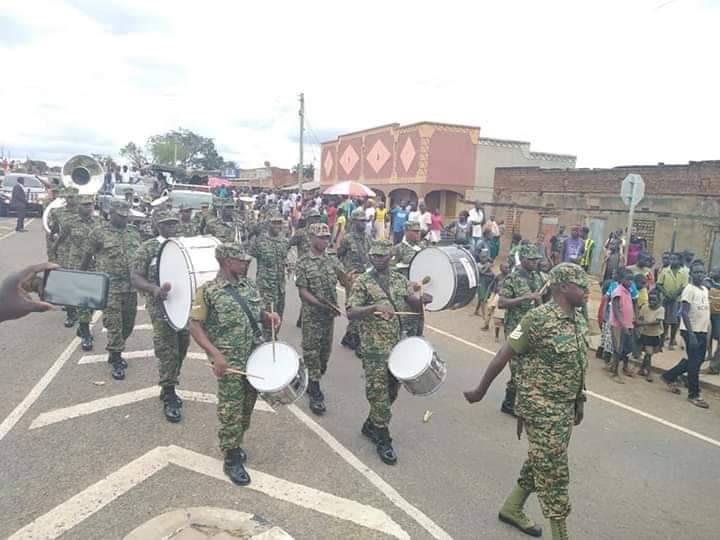 It is alleged that SFC, sister security officers, and plain cloth security filled up the Minister’s functions in Kitgum and the reports indicated that, some of our youths were taken along with them for reasons not yet known,’ said Jomeo Richard, a Northern Uganda based political analyst.

“The information we have gathered from reliable source indicates that the Minister has asked the appointing authority for cash and military to help her deliver not only her victory but that of NRM for Major and most elective positions that shall be contested for in Kitgum district,” he added. Sources say Anywar assured the National Chairman, Yoweri Museveni of massive support in her opposition stronghold municipality

With money already flowing and security surrounding the minister, it is very possible for a Hoima byelection like situation to be imposed in Kitgum.

Anywar became a national icon for her courageous environmental campaign against the sale of Mabira Forest in 2007. Her fall out with FDC stemmed from 2016 when the party denied her a flag and she won as an Independent candidate. About leaving the opposition, Anywar was quoted saying, ‘I did not betray opposition, I am only serving Uganda at heart.’