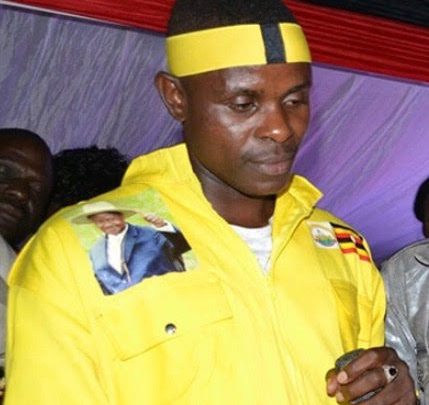 Events promoter Charles Olim aka Sipapa has dismissed Kyadondo East Legislator Robert Kyagulanyi Ssentamu aka Bobi Wine as a stingy person adding that he is most likely to lose most of his followers unless he changes his stingy ways.

While appearing on National TV, Sipapa accused Bobi Wine for being mean with his money that he gets through donations and sponsorships.

“Bobi Wine was my friend for over three years, his problem is that he will not give you even Shs100 even if you stay by his side amidst all trouble,” Sipapa said.

“Those around him will dessert him. If only he would appreciate them by giving them something. Now Museveni has the money and a person like Bobi Wine will have so much trouble retaining those around him with such stingy character,” he added.

Sipapa who has been making rounds on social media over the money he contributed for Chairman Nyanzi’s wedding said that at the same wedding launch event Bobi Wine bragged about returning with so much money from Jamaica but he has nothing to show for it.

The Self-made NRM/Museveni mobilizer clad in red overalls decorated with Museveni’s pictures urged People Power Movement Supporters to refrain from using the red color saying that the NRM owns all colors because the Uganda flag has red, black, yellow and white, meaning it is those in power who can use any color and claim it is theirs.

However, Bobi Wine’s supporters or the People Power Movement supporters have time and again remarked that they are not interested in money but the ideas of the Kyadondo East legislator but shocking a section of artistes who were previously following Bobi Wine have recently deserted the movement for money promised/offered to them by President Museveni.