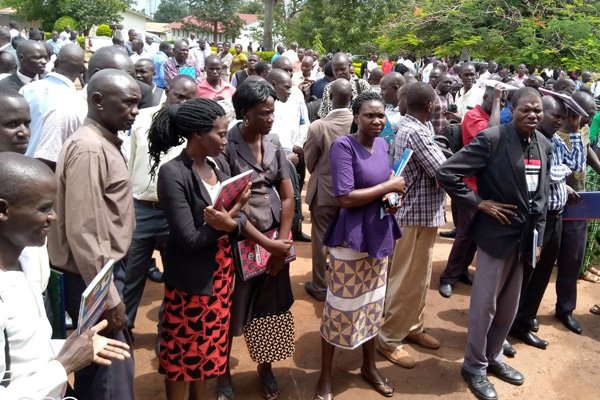 Hundreds of Secondary school teachers who turned up for training on the secondary school curriculum were yesterday turned away from the training venue at Lango college over asking about how much allowances they would pocket after the six-day training exercise.

The drama started when more than 500 teachers, who had camped at the college, demanded to know how much money they would pocket after the six-day training exercise because they expected to receive Shs25,000 as daily allowance and an additional Shs25,000 as daily upkeep

However, those who attempted to inquire about the money were forced to leave the venue by the organizers who said the over 500 teachers were money minded.

The training that was expected to benefit teachers from all government-aided secondary schools across Lango Sub-region, is now being attended by teachers from a few selected schools.

“Many people were turned away when the organizers started putting conditions that those who were not invited officially should leave. The whole exercise was to last six days but it has now been reduced to five days,” One the eyewitnesses added.

The Ministry of Education and Sports has extended student holidays by one week for more than 20 government-aided schools, including Lango College currently being used to train teachers in the new curriculum.

The curriculum which was meant to effect this academic year has also been suspended by Parliament on grounds there were limited consultations done before rolling it out, numbers of days set aside to train teachers and the fact that there was no budget for its implementation.