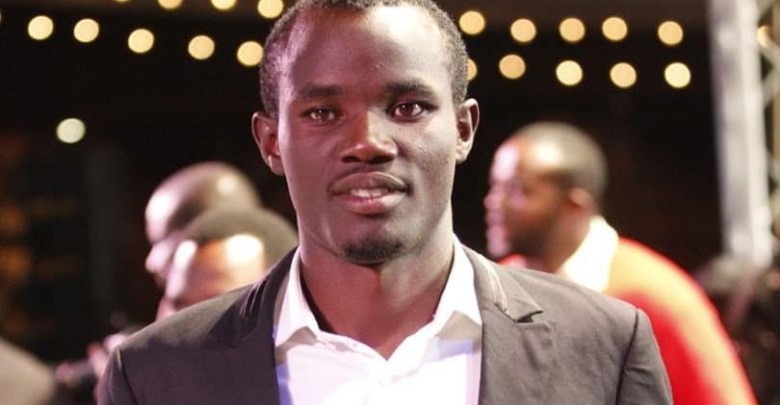 FIFA has banned a Ugandan football player identified as George Mandela from taking part in any football-related activities at both national and international level for life on grounds of match-fixing.

Mandela is a Uganda footballer who was practicing his football career in Kenya’s top-flight league club Kakamega Homeboyz playing the forward role.

The FIFA Disciplinary Committee issued a statement on George Mandela before his suspension; “FIFA has found several players guilty of having been involved in match manipulation in violation of art. 69 par. 1 of the FIFA Disciplinary Code (2017 ed.) (unlawfully influencing match results).”

“In particular, given his central role in the conspiracy, the player George Mandela, Uganda, has been banned from taking part in any kind of football-related activity at national and international level (administrative, sports or any other) for life,” the statement read in part.

In the same way, three other Kenyan players from Kakamega Homeboyz f.c) have also been banned from getting involved in any football-related activities both at the national and international levels for four years.

“The individuals (Moses Chikati, Festus Okiring, Festo Omukoto) have been banned from taking part in any kind of football-related activity at national and international level (administrative, sports or any other) for a period of four (4) years,” FIFA stated

“The formal disciplinary proceedings against the aforementioned individuals stemmed from an investigation into various matches from the Kenyan Premier League in 2019. This investigation was conducted by FIFA through its Integrity Department with the consent of and in cooperation with the relevant stakeholders and authorities.”

On 9th December 2015, a little known young player saw off competition from favorites Alphonse Ndonye of Mathare United and Nairobi City Stars’ Ebrimah Sane to bag the young Kenyan Premier League player of the year accolade, that player is none other than George Mandela.

The youngster had earlier in the season joined Muhoroni Youth Uganda and put in some eye-catching performances for Paul Nkata’s side. Prior to the young player of the year award, he had bagged the August player of the month award.

Everything looked up for the young soft-spoken forward and soon after, teams were queuing for his services. AFC Leopards, Bandari, Gor Mahia were all interested in getting the hottest young prospect in the league.

This is a young player who had been touted for greatness, he had the world at his feet. He had the skills, the trickery, speed vision and everything he needed to play football outside Kenya.

When Nkata moved to Kakamega Homeboyz in May 2018, for the third time he signed his football son, he wanted to help him rediscover his form. He started well at Homeboyz featuring as a starter in the early phase of his career at the club.

Things, however, took an unexpected twist in January 2019 when club owner Cleophas Shimanyula accused the player alongside Coach Paul Nkata and other players of match-fixing. He was said to be the player at the center of the racket that according to the Homeboyz boss had seen the club deliberately lose some games.