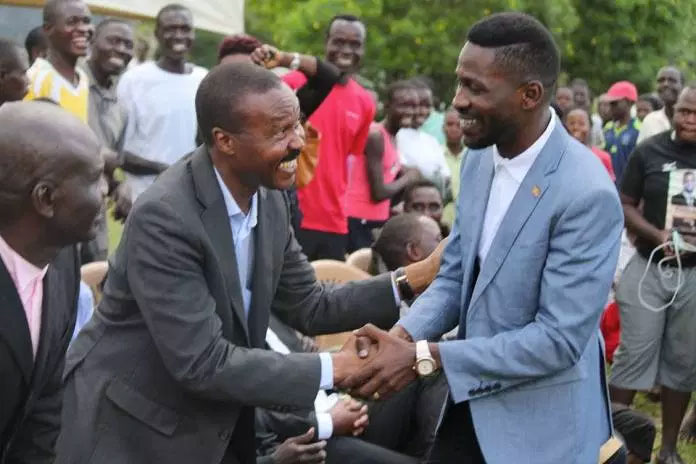 Kyadondo East Legislator  Robert Kyagulanyi Ssentamu aka Bobi Wine has said he is willing to join a coalition with the Opposition, including the Alliance for National Transformation (ANT) party, coordinated by Maj Gen Mugisha Muntu in a bid to defeat President Museveni in the forthcoming 2021 General Election.

Mr. Kyagulanyi says he is ready to collaborate with Gen Muntu and other political parties since they are fighting for a common goal of dislodging the ruling National Resistance Movement party and its leaders.

“Unity is our biggest desire. Anything that brings us together is a celebration because the more we get together and so are our chances of winning elections,” he said.

Gen. Muntu had also earlier revealed that they had met with the People Power Movement announcing that a coalition is in the pipelines adding that said he would back Bobi Wine if they agree on the terms and conditions of the coalition.

“I welcome Gen Muntu’s proposal for a coalition, but I also call upon other forces of change in Uganda to unite. The population has already united for the general cause so it is upon us as leaders to do the same,” Mr. Kyagulanyi asserted.

Bobi Wine added that he is yet to finalize his manifesto, which he will share with all People Power coordinators across the country ahead of 2021.