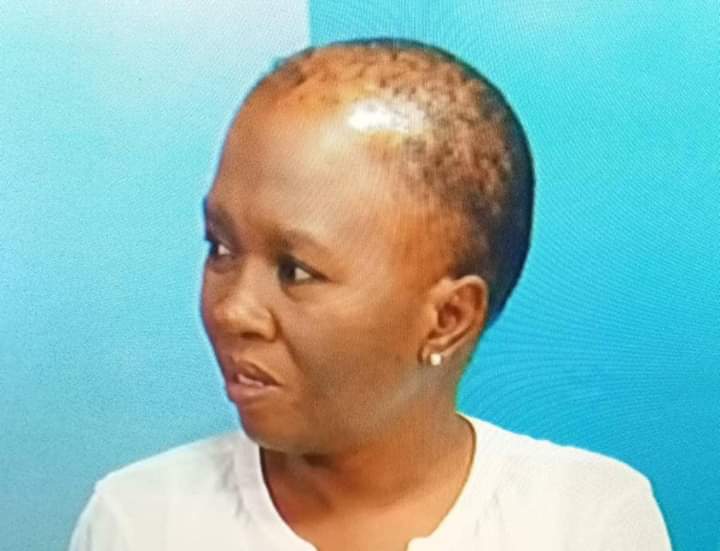 The Forum for Democratic Change (FDC) has revealed that the Party Vice-Chairman Hon. Salaamu Musumba was poisoned by the Junta.

In a facebook post, FDC noted that Slow poisoning of our leaders in the Political struggle to liberate Uganda has had great personal costs revealing that the Party Vice-Chairman, Hon. Salaamu Musumba is battling to survive the junta poison that has led to the loss of her hair & expensive treatment abroad.

Salaamu Musumba who has been a regular guest at the NBS frontline show every Thursday while losing her hair confirmed that she ingested poison which has been the cause of her hair loss.

The FDC remarked that they have lost so many of the Party Members to Political terror including Poison which they said must adding that Uganda needs Liberation from the Junta before its too late.

In 2007, Musumba said she had fears that she would be shot any time adding that the Mafia had changed tactics  and they had tried to use their drivers and house helpers to either link them to rebel activity or have them poisoned.

As a result, she said, most members of the opposition had changed drivers and maids. At the time FDC activists traveled to South Africa, she said, there were attempts to plant drugs like marijuana into their cargo, to have them arrested by the South African authorities.

Musumba, however, said information leaked prompting FDC to advise its supporters to travel with light luggage and not to go through the VIP lounge.

She said the government was so desperate that it would resort to any means to retain power.

13 years later, Musumba is battling Poison which is now clearing all her hair leaving her with a bald patched head.