Justice Kanyeihamba sued over defamation and invasion of privacy 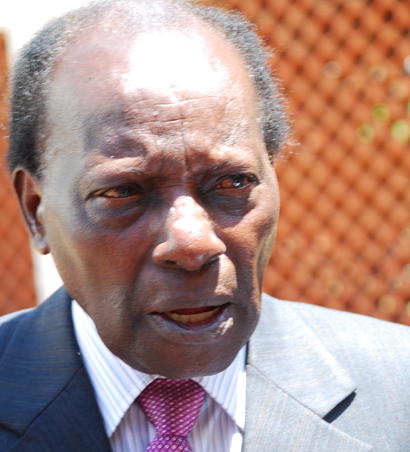 Court documents indicate that the book which was published by Buwembo publicized Justice Kanyeihamba’s defamatory letter complaining to the Chief Justice Bart Katureebe about Justice Kisaakye’s academic qualifications which h she says was unlawful conduct short-circuiting the constitutional and statutory provisions for filing complaints against a judge.

“The complaint letter purported to have inside knowledge of the plaintiff’s (Justice Kisaakye) academic qualifications, judicial acts and omissions, court correspondence which the defendants (Justice Kanyeihamba and Mr. Buwembo) are all not privy to under any element of the law,” reads in part the court documents.

The letter was written on January 18, 2016, and later published in the said book describes Justice Kisaakye as not being worthy of her office and thus she ought to be investigated for incompetence and was complained about by her colleagues who revealed she was defiant to the Chief Justice.

Justice Kanyeihamba also indicated that during their recorded discussion with Justice Katureebe, he (Katureebe) said that Justice Kisaakye’s behavior and acts make her unfit to continue being a judge, let alone of the Supreme Court.

Justice Kisaakye states that the offending book was published in Uganda and is sold widely in many parts of the world including Uganda in which she also purchased one from the Aristoc Book shop at Shs. 50000 adding that the offending book was compiled, authored by Justice Kanyeihamba and Mr. Buwembo published and printed it, for which both of them are governed by the laws which do not establish the office of the Chief Justice as the forum for filing any complaints against judges.

“The plaintiff’s exposure and reputation which extends far and wide beyond Ugandan borders have been severely and wantonly attacked and injured in said letter published in the said book,” court documents further read.

Justice Kisakye through Muyanja and Associates wants the court to direct Justice Kanyeihamba to hire a public relations firm at their cost to rebuild her image by publishing in prime space on a reputable television station content which is acceptable to her over a course of time to clear her image.