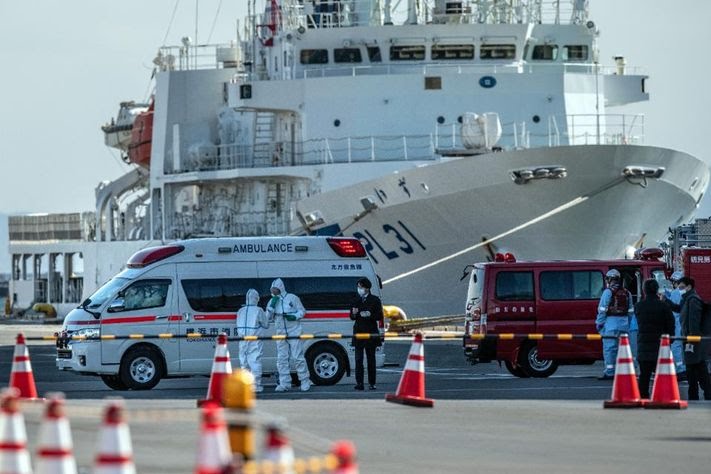 Japanese authorities have said on Friday that 61 people have tested positive for the Corona virus on a quarantine cruise ship. This is a steep hike from the 20 earlier reported cases on Thursday.

Japanese experts have screened 273 passengers suspected to have had contact with the virus. The first 41 patients were taken off the ship for further medical examination.

More than 2000 revelers have been stuck in their cabins for several days on the quarantined Diamond Princess cruise. Feeding has been irregular for a fortnight and only monitored breathing relief has been granted to some of the revellers. Japanese authorities have dispatched several teams of medical experts to monitor the situation. ‘Hearing my neighbour cough all the time has placed me in grave fear,’ one of the stuck revelers tweeted on her handle.

Apparently, China has called for a thorough investigation into the death of a whistleblowing Wuhan medical doctor who succumbed to the virus. The deadly virus has so far killed about 450 people and infected about 5000. The only suspected case in Europe was in Finland but the patient turned out to be an alcoholic.