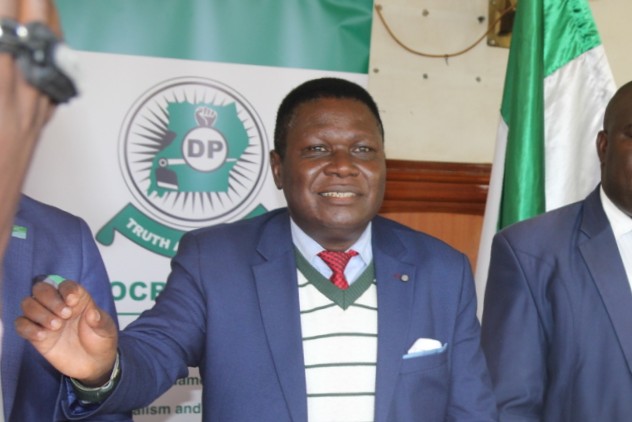 Democratic Party leaders have agreed to end the wrangles between some of its members and party president general Norbert Mao ahead of 2021.

In a meeting held at Pope Paul Memorial hotel. DP party President and Legislators who subscribe to DP  agreed to bring an end to the wrangles that have created chaos within Uganda’s Oldest Political party.

A few weeks ago, DP legislators came out publicly and accused their party president Nobert Mao for misleading the party after he had announced that he would be standing for Presidency in 2021.

In a bid to bring all these internal conflicts to an end, Mao summoned all the aggrieved Members of  Parliament to a closed-door meeting where they agreed to cease the internal bickering.

“The purpose of the meeting was to ease tensions and de-escalate any conflict that we have been having and you can’t solve any problem unless you have a common understanding of the problems,” Mao said.

Democratic Party members also agreed to work on the anomalies that were cited in the just concluded party grassroots polls and agreed to find a way of working together as a party.

He applauded the chairman of the parliamentary group Joseph Ssewungu and all the members for attending the meeting.

“DP is a political party, not a social club so it is not that we work with only those we like. We work with people who have got a commitment to the party, “he said.

For so long some members who have disagreed with the party leadership like Masaka Municipality MP Mathias Mpuuga and Busiro East member of parliament Medard Ssegona made there point clear by not showing for Mao’s meeting but the parliamentary caucus chairman Joseph Ssewungu said he had represented all of those who did not show up.