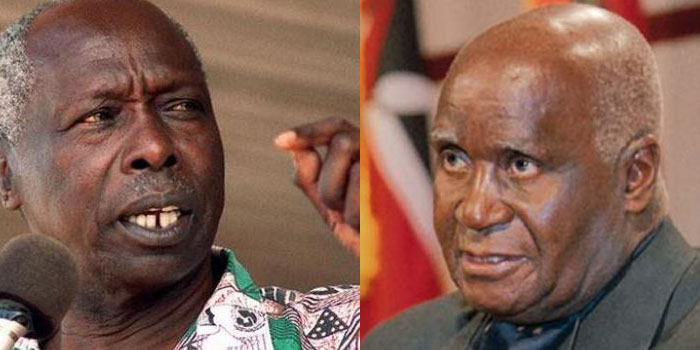 In a statement, Thursday, Dr. Kaunda said he worked closely with Moi on concern to Africa and our common humanity

“We consulted each other on a number of issues. When we met in Zambia, Kenya, or any other parts of Africa and the world, we would share our thoughts on various issues. We worked on bilateral relations of the people of Kenya and Zambia.

We worked together on the concerns of Africa. Some issues were to do with international and global affairs. Indeed, we worked on matters that were of concern to our common humanity. When he became President and talked about the “Nyayo” path of consolidation after the passing of President Jomo Kenyatta, Daniel Arap Moi was committed to strengthening the gains of Kenya’s independence. Even after I left state office in November 1991, President Daniel Arap Moi remained a supportive friend. . In Daniel Arap Moi’s passing, I have lost a colleague, co-worker, and friend.

“I will always remember how in December 1991, after I was coming back from being guest at a church’s international prayer breakfast in Kampala, Uganda, President Daniel Arap Moi was very helpful. At that time, in December 1991, when I was returning home, my friend President Daniel Arap Moi kindly arranged for my retreat and two weeks’ rest at Maasai Mara Game Reserve.

After he left the presidency in 2002, we continued being friends My prayer is that the good works of President Daniel Arap Moi should be emulated and continued by all of us through an attitude of “Nyayo,” carrying on. Mr. President, please convey to the Moi family and the Government and People of Kenya my sincere condolences on the passing of this great person, President Daniel Arap Moi. Please know that in Zambia and many other places of the world, we mourn and appreciate with you,” stated Dr. Kaunda.