Opinion: Museveni’s presence for the Ethiopian gun summit is hypocritical 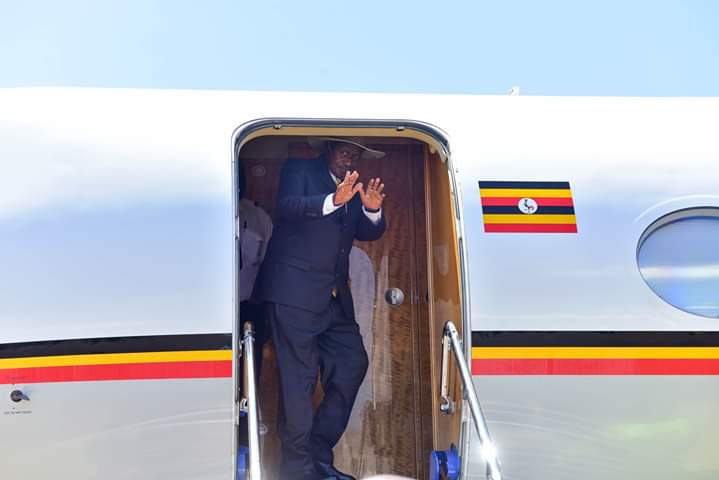 Just about an hour back, Uganda’s longest serving president, Yoweri Museveni has flown out of the country to attend the Addis Ababa summit.

The summit is themed ‘Silencing the Guns: Creating Conducive Conditions’ and it’s part of the 33rd ordinary discussions of the African Union. Delving deep into the theme and the stature of Mr. Museveni, one can see that the two are parallel and will not at any point corroborate.

Drawing back to the history of how Mr. Museveni ascended to power in 1986, it was through a bloody coup that left about 500,000 Ugandans dead in a five year war between the Obote forces and the Nationa Resistance Army. Both ends suffered fatalities but civilians suffered the most.

In fact, some of the regions that housed the war have to date never recovered the deep wounds of the fatalities suffered in the 1980s. Places like the deeper parts of the Luwero triangle are still engraved in gross poverty. History aside, Mr. Museveni’s 35 year reign has been driven by the trigger-happy forces. In fact, in several instances, he has been quoted disputing the elective process by saying a ‘mere piece of paper(ballot)’ cannot put him out of power.

In fact, Museveni has proved his narrative outstanding. All Uganda’s past general elections have faced local and international criticism. The manner in which the armed forces are used to intimidate, kill and torture Ugandan citizens since 2001, 2006, 2011 and 2016 general elections, one is fully convinced that Museveni is in the wrong place if he is anywhere close to the Addis Ababa ‘Silencing the gun’ summit.

To add salt to injury, Museveni’s very henchmen have on several instances used the gun barrel to push for their interests. We all saw the 2019 humiliation the Ugandan Ambassador to Burundi Maj. Kyaligonza did to the traffic police officer who tried intercepting his convoy.

We witnessed the November 2016 massacres in Kasese that left over 70 civilians killed. We’ve seen several UPDF Generals using guns to grab people’s land. We’ve witnessed the Ugandan military invade students in Makerere University. The aforementioned are some of the few known cases Museveni’s government has committed to show gun power.

This does not leave out the dozens of guns that trail People Power’s Bobi Wine following his failed assassination in Arua, 2018 byelection. Therefore with all this history, Mr. Museveni does not suit to be at the 33rd Ordinary African Union summit themed, ‘Silencing the Guns: Creating Conducive Conditions.’ A man who has butchered countless people, it is totally hypocritical for him to show up for peace discussions.