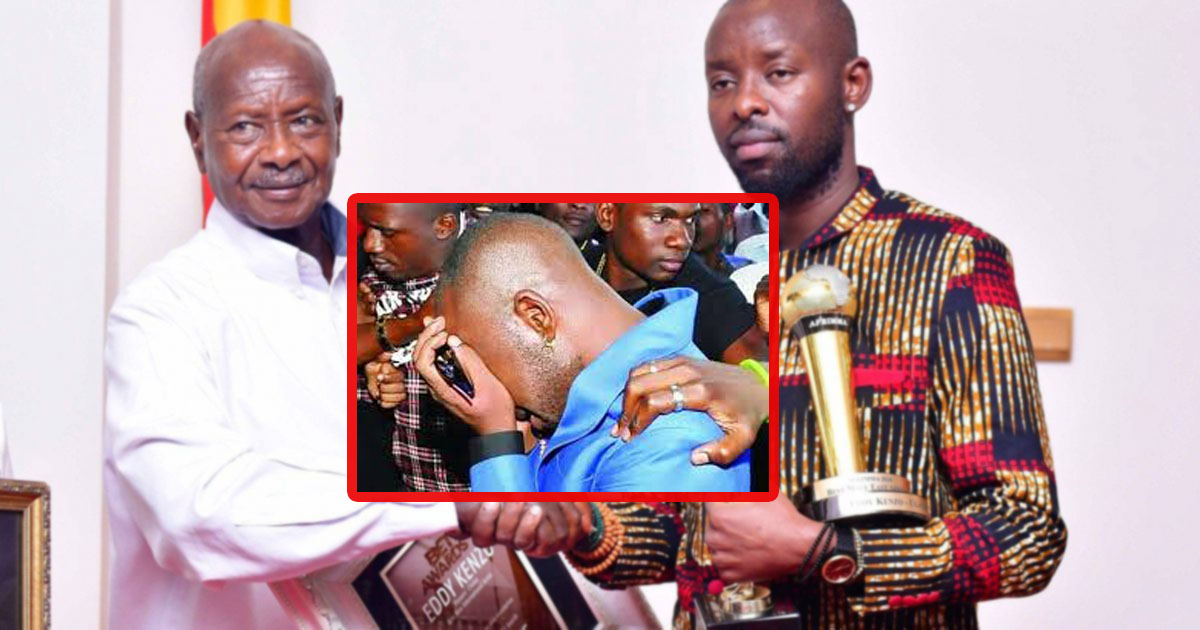 Popular singer Edirisa Musuuza aka Eddy Kenzo is facing one of the most difficult situations of his lifetime. Just previous year, he was dumped by his baby Rema Namakula, who fled their marital bed and eloped with Dr. Hamza Sebunya.

The BET award winner, who last week presented all his awards to the Speaker of Parliament Rebecca Kadaga, is set to hold three shows for his ‘Semyekozo’ concert in South Africa on April 17, in Durban at Club 101, another show on April 18,  in Pretoria, at Luli Luli Club and the last one on April 19, in Cape Town, all organised by Sezannah Promotions.

However, fresh gossip in South Africa unveil that People Power supporters there vow that they will not allow Kenzo to perform at all those concerts because he allegedly betrayed their leader Robert Kyagulanyi aka Bobi Wine.

READ ALSO: Kenzo threatens to drag Doctor Hamza to court over his daughter

They faulted Kenzo for meeting President Yoweri Museveni at State  House last year, where he was given a monster Land Cruiser, a fulltime booked suite at Mystil Hotel, plus a fat brown envelope, before he denounced People Power.

Now the People Power followers in South Africa have assured Kenzo to stay in Uganda and sing for Museveni if he doesn’t want to be embarrassed while there. Currently,  the fate of Kenzo’s concert’s hangs in balance although the most worried people in this all are the promoters, Sezannah Promotions, who organised the shows, because if the shows flop, then it will spell doom for them.