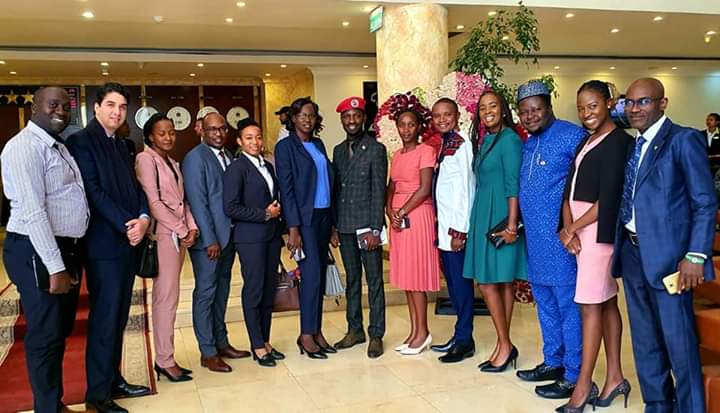 People Power Movement Leader and Kyadondo East Legislator Robert Kyagulanyi Ssentamu aka Bobi Wine met with fellow young Legislators from across Africa in Addis Ababa on the sidelines of the African Union Summit to discuss the role of young legislators in the promotion of the rule of law, good governance and the fight against corruption.

Among issues that were discussed, the youthful legislators resolved to establish the Young African Parliamentary Caucus (YAPC) a platform that will bring together even more like-minded young legislators in Africa to redefine politics and leadership of our generation.

In a Facebook post, Bobi Wine applauded the United Nations Office on drugs and crime (UNODC) and the African Union for the noble initiative of bringing the Young Legislators together in this historical time when the wave of change is sweeping across Africa.