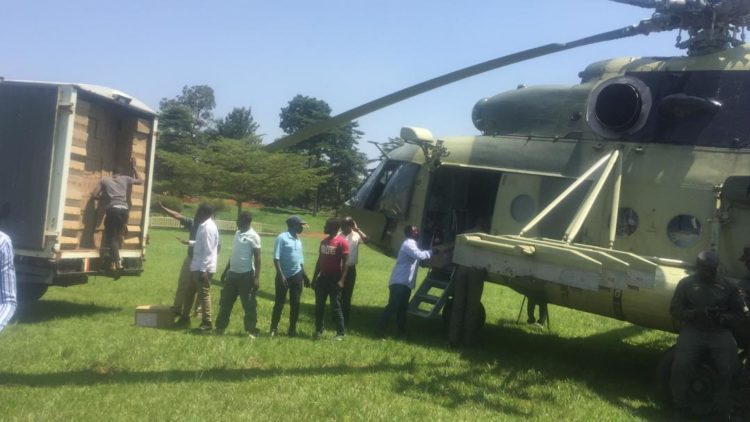 Equipment that will be used in the fight against locusts is set to be airlifted from Kololo airstrip to Moroto.

The Ministry of Agriculture Commissioner for crop protection Mr. Simon Byantwale said that Government had purchased all chemicals and equipment that will be used to spray the desert locusts that are set to be airlifted from Kololo airstrip to Moroto.

Swarms of deadly desert locusts entered Uganda through Amudat District, Karamoja region, creating panic among the farmers, pastoralists, and leaders in the region and have started spreading in other districts of Nothern Uganda.

Byantwale says that the chemicals that are going to be airlifted are for ground spraying which he said will commence as soon as they arrive in Moroto.

The Commissioner added that aerial spraying awaits the outcome of Ugandan ministers who went to Kenya to agree on hiring the aircraft and purchasing of more chemicals for aerial spray.

FAO says the locusts can live for up to five months, depending on weather and local conditions. They can lay eggs that can hatch after two weeks, with locusts maturing to adulthood in two to four months on average and can destroy about 192 million kilograms of vegetation in two days.

The first Locust invasion last happened exactly 34 years ago which left the country with a lot of hunger since crops and vegetation had been destroyed by the locusts.