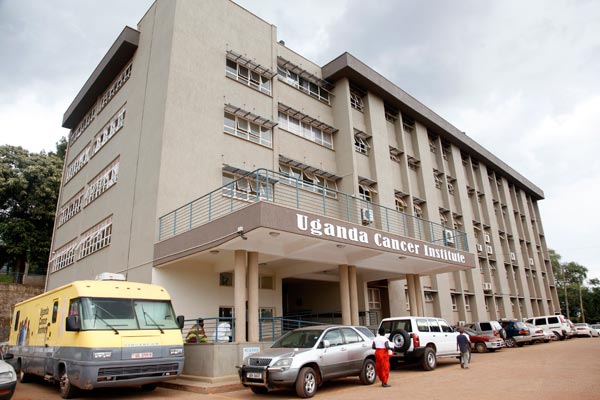 Dr Jane Ruth Aceng, the Minister for Health shocked a meeting chaired by Prime Minister Ruhakana Rugunda when she turned around and denied knowledge of a project to build a cancer treatment center in northern Uganda which she had led her team to present.

The Minister confirmed she indeed pulled the plug on the project that was in the plan over a decade ago when Dr. Rugunda himself was minister of Health but did not proceed to the implementation stage due to lack of funding.

The Government of Austria is willing to provide a soft loan of Shs. 30 bn to build the cancer center in Omoro District, northern Uganda which will be one of the four that have been envisaged, with the other three set to be built in Arua, Mbale, and Mbarara.

President Museveni has for a long time promised to build the regional cancer treatment centers because all cancer cases are currently referred to the Uganda Cancer Institute (UCI) at Mulago National Referral Hospital.

Then disagreements over the implementation of the proposed projects came to a head-on Wednesday when Dr. Aceng told Prime Minister Rugunda that she was not fully aware of the project which left the room engulfed in silence.

According to the existing Cabinet standing orders on the acquisition of loans, any government ministry, department or agency seeking to contract a loan can only present the idea through the line minister. UCI, therefore, must do so through Dr. Aceng, the minister of Health. But, sources say Dr. Aceng and UCI executive director Dr. Jackson Orem, have had misunderstandings for some time.

The Loan meant to service the construction and equipping of the Nothern Uganda Oncology Centre in Omoro has for the last five years been under the pipeline after it was negotiated between the UCI and the financiers, ERSTE Bank, Austria.

In June 2017, President also sanctioned this particular loan yet the Ministry of Finance, the office of the Solicitor General, and the Public Procurement and Disposal of Public Assets Authority (PPDA) had already given UCI the nod to sign the financial contract with the Austrian government.

During the loan presentation meeting, Dr. Aceng insisted that the Uganda Cancer Institute team had not briefed her about the “nitty-gritty ” of the loan.

The interest-free loan is supposed to be repaid within 29 years, but with the first deposits to be made after the first eight years of implementation.

Dr. Aceng confirmed that she had denied knowledge about the loan on grounds that the Uganda Cancer Institute sidelined her ministry during the process of negotiating for the loan, but instead proceeded with the Ministry of Finance, which will not be implementing the project.

“I am the one who presented and I said; ‘Right Honorable, I cannot present this loan because it has never been presented to us in the ministry; I don’t know the loan. I know it is for a good cause; I like, I support (the idea) but I can’t present it. Because in presenting, I have to give the nitty-gritty and defend it; I don’t know it. I can’t,” Dr. Aceng said.

The minister, who was the director-general of Health Services in the Ministry of Health at the time when the loan was first negotiated, insisted that she had all along advised that UCI negotiates for a bigger loan to fund the construction of all the four proposed regional cancer centers.

She said neither her two deputies – Ms. Robinah Nabbanja (General Duties) and Dr. Joyce Moriku (Primary Healthcare), nor the permanent secretary, Dr. Diana Atwine – is aware of the fine details of the loan and that it would be difficult for any of them to account for it, if approved.

Dr. Aceng, who said she had been angered to learn that the matter had reached the media, also threatened to block the UCI boss from presenting the loan to the ministry’s management committee next week as had been directed by the prime minister.

“Procedures must be followed. I am a very principled person and I follow things to the book. If Cabinet said I must own that loan, I must own every detail so that every time you ask me, I will be able to tell you. Are they hiding something there that they don’t want us to know?’’

On the other hand, as Dr. Aceng said her ministry was not briefed about the loan, there was a copy of a letter signed by former State Minister for General Duties, Ms. Sarah Opendi, requesting the prime minister to clear the loan for consideration by Cabinet.