Miracle; A pastor in Ghana produces man’s passport from his shoe 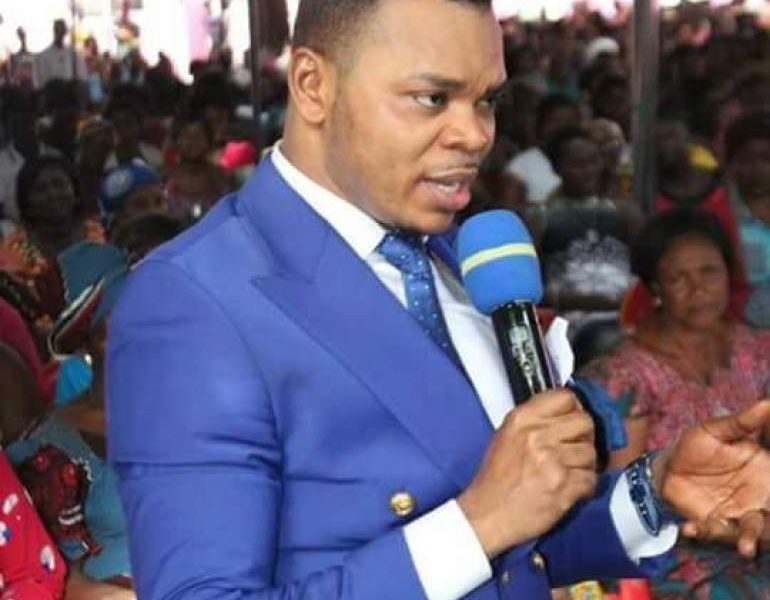 Bishop Angel Daniel Obinim of the International God’s Way Church in Ghana speaks with a man who’s been hoping to receive a passport so he can travel out of the country. In the video that have been in circulation over social media indicate that Obinim tells the man to remove his (Obinim’s) shoe and said, a passport is there! It’s a miracle!  Bishop Obinim prays and remove passport from his shoe for a church member

The man doesn’t check weather the passport is for him, But it’s entirely possible that the pastor’s ministry helped the man apply for a passport and had it delivered directly to them instead of him, allowing them to produce it and claim it’s a miracle from God.

It’s not his first time of doing this, He’s been doing the same trick a couple of years ago. And it should be noted that Obinim is the same Christian fraud who once told men that he could enlarge the size of their penis by touching them and also told women he could enlarge their breasts the same way

None of this is miraculous. At some point, however, Obinim must have realized he could make a lot of money by convincing people he was their conduit to God. All he had to do was pull off some low-budget magic tricks that a five-year-old could figure out with an ounce of critical thought.