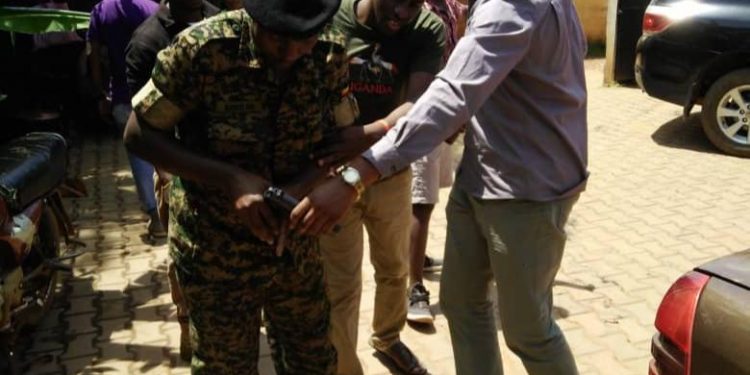 A UPDF police officer who doubles as a bodyguard to Buganda Kingdom Prince David Kintu Wasajja has been arrested in a bar brawl at Kiwatule, a Kampala suburb.

The incident happened at Birunga bar and lodge, a popular hangout where the guard reportedly threatened to shoot a civilian, sparking off a scuffle in the parking lot.

Reports indicate that the Bodyguard put a customer on gunpoint before the bar’s bouncer [security personnel] only identified as Jamdong after he pointed it at the bouncer threatening to kill him.

The fracas attracted other revelers who surrounded the guard, disarmed him and called in UPDF soldiers who arrested the suspect and took him away to a yet to be identified location.