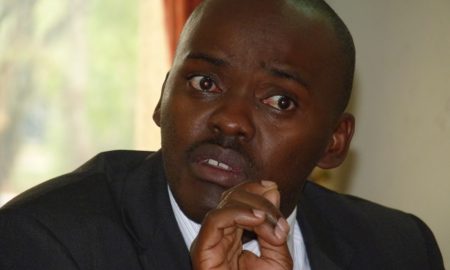 Ssegona’s words come at a time when a notice of motion seeking to censure the minister was yesterday delivered to the office of the clerk to parliament, Jane Kibirige.

Legislators want Tumwine censored on grounds of abuse of office, misbehavior or misconduct as prescribed in article 118 (1).

Tumwine is accused of obstructing the parliamentary committee on Human Rights from accessing safe houses and other ungazetted detention centers something that has been described as contempt of parliament.

Appearing on NBS TV’s  Morning breeze, Ssegona noted that there is no with hunt on Tumwine because is arrogantly primitive and the only justification he has to not pay or answer to anyone is because he fought

“For some time, censorship is one of the mechanisms of the parliamentary check. There have been contempt of parliament on three counts and he has been accountable. He is arrogantly primitive and the only justification he has to not pay or answer to anyone is because he fought,” Sseggona said.

The Legislator also revealed that Tumwine has on several occasions instructed the director of ISO Mr. Kaka and other men in uniform to not appear before the parliament’s committee for questioning.

“The provision of security does not include the mandate to torture. Nobody is above the law.”

Sseggona added that Tumwine needs to ‘check himself’ and respect structures adding if he fails to advise himself on doing the right thing, there is a 90% chance he shall be censured.

Over 200 Members of Parliament have shown interest in appending their signature on the motion and have taken it upon themselves to encourage each other not to accept any kind of intimidation.