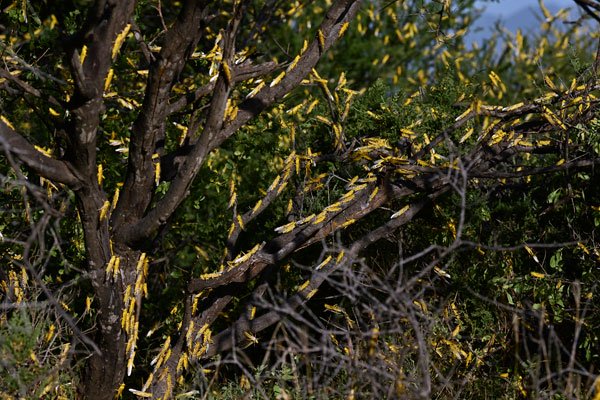 The Mukono municipality legislator has dismissed press claims as a state spin intended to aid Mafias in siphoning from the situation.

Nambooze is the second person after renowned political analyst, Tamale Mirundi to dispute the entire situation surrounding the scandal. Mirundi in today’s morning show at NBS TV questioned the exaggerated approach to the locust invasion in which thousands of spray pumps are to assist the over 2000 deployed UPDF troops.

Mirundi also questioned the authenticity of the media reports. He said, ‘If locusts were in Karamoja, we would be having pictures of children chasing them. The pictures we have are not from Karamoja, where do you find a Karamoja without cows?’

Similarly, Nambooze has took to her Facebook page to raise some questions in line with what Mirundi earlier raise.

The locust invasion has so far cost Uganda shs 15 billion on top of a supplementary shs 7 billion approved by the cabinet today to combat the disaster. The calamitous insects breed and swarm in groups of millions. Authorities say a swarm of 50 million locusts eats food that can feed about 35000 people.