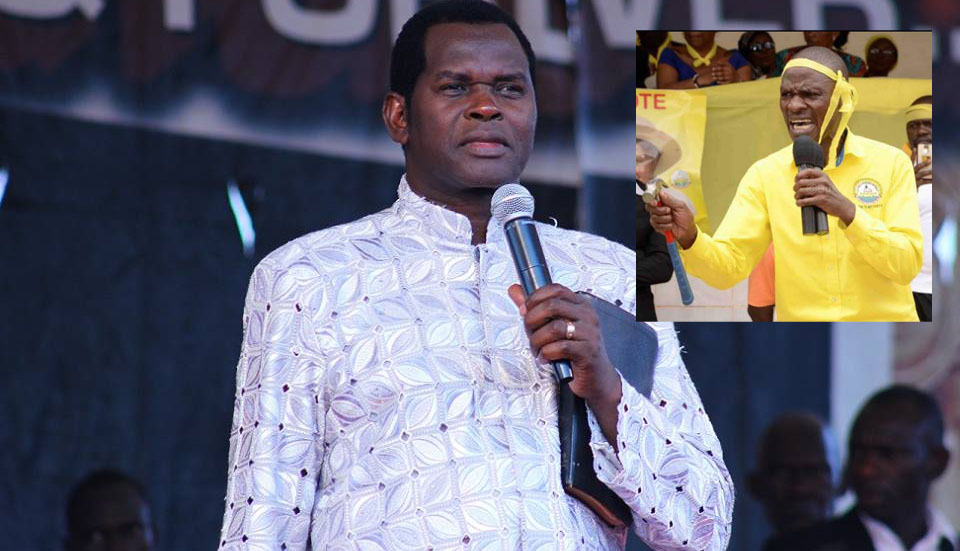 Mirundi, who said he had started on his new assignment of exposing pastors who are fighting Makerere Kikoni based House of Prayer Ministry International senior pastor Aloysius because he stepped in their State House bread reminded Kayanja that he should be the last pastor to fight a colleague because he has a lot of dirt on his shoulder.

Mirundi recently revealed that he was instructed by one of his State House Bosses to demolish and expose all People who are character assassinating Bujjingo because of Politics.

Thursday Last week, Mirundi started working on his assignment by asking Pastor Robert Kayanja to account for the billions of money he has been collecting from Churchgoers every Sunday and all the other Prayer days,

“I saw him showing off with poor quality cows on TV, with all the money he collects from people, he could only manage to buy those poor-quality cows which I cannot even keep on my farm! That man is just being used by mafias to continue fighting pastor Bujjingo so that no one can associate with him,”  Mirundi reveals.

Mirundi went ahead to warn Kayanja that no one can be inspired by him because of all the scandals he has been involved in over the years.

Mirundi also reminded Kayanja that let him not forget that URA found illegal products like alcohol purchased from abroad and smuggled into the Country in his house without tax clearance.

Tamale Mirundi who has waged war on Kayanja wondered where the Man of God gets the courage to attack Bujjingo when he has never given accountability for any of the billions of offertory he collects at the Rubaga based Miracle Center.

He cautioned Kayanja against fighting Political wars because Bujjingo is now the new kid on the block since he started frequenting Statehouse which used to be Kayanja’s Cash fertile ground.

He also insisted that the Kayanja group are character assassinating Bujjingo because they think he is helping the first son Muhoozi Kainerugaba to rally the informal sector into supporting him in case he stands for Presidency an assignment they think should have been given to them since they have the masses and numbers.