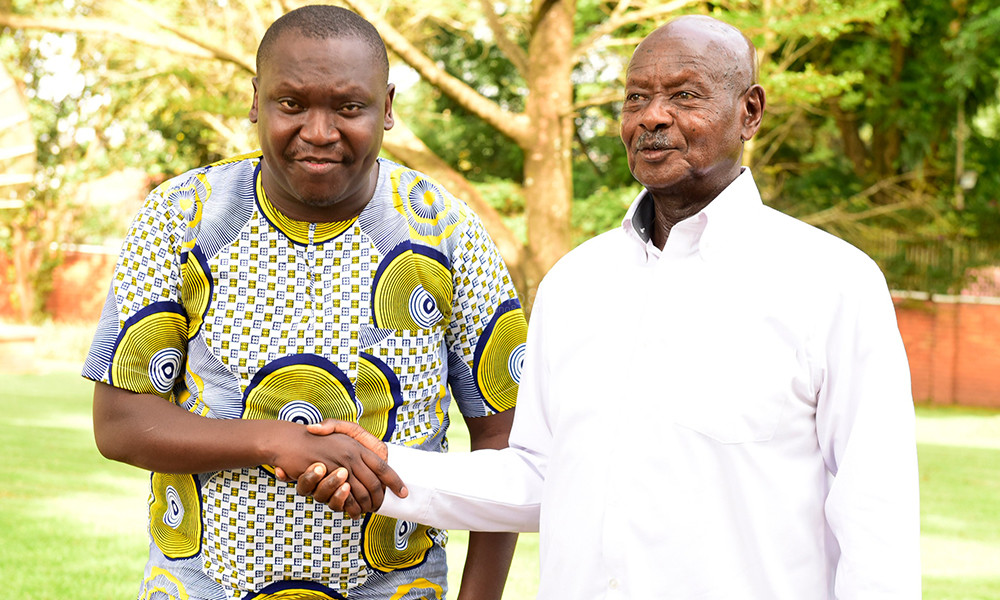 Patrick Salvado Idringi is going to be the first comedian to hold a show at Kololo airstrip on Valentine Day. He express his gratitude to President Yoweri Kaguta Museveni who assisted him to secure the concert.  Salvado says the President helped him to save Shs30million which was meant for the venue.

Despite the relief, Salvado while being hosted at ‘Talk and talk’ on Dembe FM few days ago said that he doesn’t expect the president to attend the show but if he does, he will have to buy a VIP table.

“There are no free tickets at the show even for his Excellency”,  In fact, he will have to buy a table if he comes,” said Salvado when he was asked if the president would attend his show. Salvado will be turning 35yrs on Valentine Day and celebrating a decade for his comedy.

Like Bebe Cool who had 75 years old president attending his Golden Heart concert two years back at Kololo, he thought that since Salvado met President previously, he would also lure him to attend his Africa laughs show happening on Valentine’s Day.