Bunyoro Kingdom and Faith of Unity Saga gets More Tense as A Swarm of Bees Invade a Cult Leader’s Family and Kills a Child. 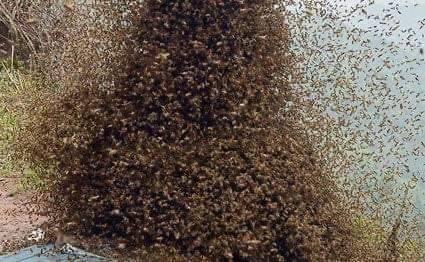 As we continue to follow up the Bunyoro Kingdom Versus the Faith of Unity believers saga, news reaching our desks show that on Wednesday morning 12th Feb 2020, a swarm of bees invaded a family of one of the cult’s high priests ‘omuhereza’.

According to our sources, Omuhereza Baguma Milton a resident of kifumba village , kibijo subcounty, kakumiro district is said to have been attacked by bees today morning at a time when he was coming from the garden with his wife and child. 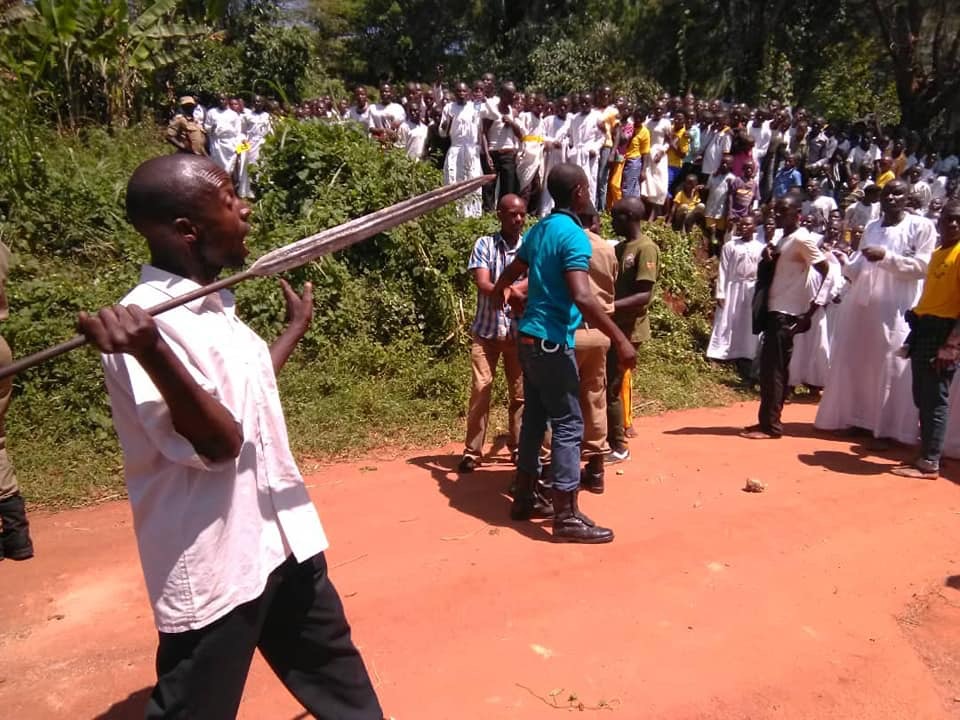 Its alleged that the bees stung all of them, prompting the child to die on spot while Omuhereza Milton and his wife are currently admitted at Kooki community hospital in critical condition. Residents who witnessed the incident, say the community is living in fear, since they don’t know the cause of such a tragedy.

This saga started on Sunday 9th Feb 2020 when the faith of Unity believers invaded one of the Bunyoro Kingdom cultural sites called Semwema. Many traditional artifacts were burned and people beaten condemning them of allegedly participating in witchcraft and ritualistic tendencies at the site.

On Monday 10th Feb 2020, the Kingdom issued a statement against the attack where the Faith of Unity believers were dragged to court on cases of criminal trespass, theft and malicious damage.

The invasion of bees to one of the leaders of the cult comes at the time when tension is high among the believers of the Faith of Unity cult which is led by Owobusobozi Bisaka, a one regarded god to the cult believers.

The leader of the cult has however not yet said anything about the incidence.