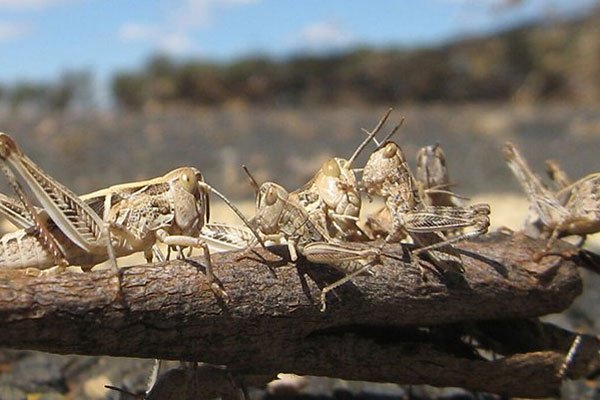 District officials in the Karamoja sub-region have threatened to stop monitoring locusts, claiming they have not been facilitated. The officials said since the locusts entered Uganda they have been working without any help or facilitation form government.

The marauding desert locusts on Sunday crossed into Uganda through the border district of Amudat in the Karamoja region and by Monday swarms of locusts had spread in the Moroto district.

READ ALSO: Government warns Ugandans against eating locusts days after Minister advised people to do so .

The officials complained of being sidelined by the locust invasion response team and resources being managed by the Kampala team who aren’t on the ground .

The district officials have also asked that the local communities be given priority for training because they know the terrain and geography of the place.

The locust invasion has so far cost Uganda shs 15 billion on top of a supplementary shs 7 billion approved by the cabinet today to combat the disaster.