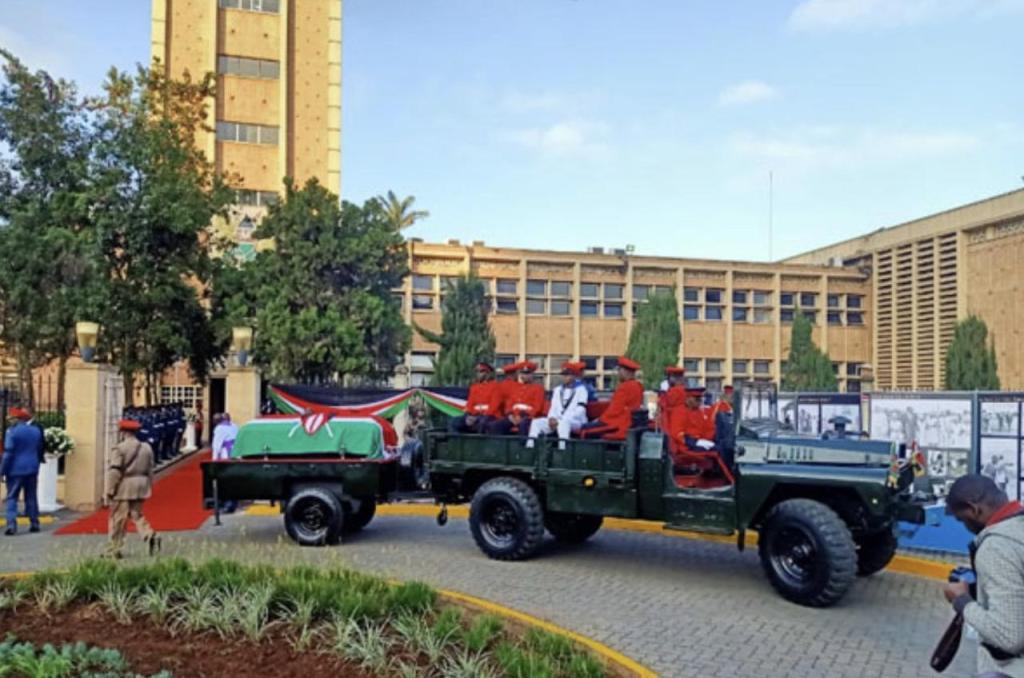 The former president of Kenya, Daniel Arap Moi, is to be buried today at his Kabarak home in Nakuru County.

Moi died last week after succumbing to a long illness and old age. He died at the age of 95.

Yesterday his body laid in the state where several heads of state including President Museveni paid their last respects before it was to Nyayo national stadium for public viewing and a memorial service.

Many have since eulogized the late Moi as a true patriot who fought for his country and the formation of the East African community.

Meanwhile, mourners in Nakuru County have braved the morning cold to secure their places in early pre-dawn queues at Kabarak University grounds this morning as they await to bid Farwell to the long-serving president of the country.

People started arriving at the venue at 4 am. By 6.30 am, the tents at Kabarak grounds were almost full.

We shall keep tabs on this story and bring you all the details as they emerge.