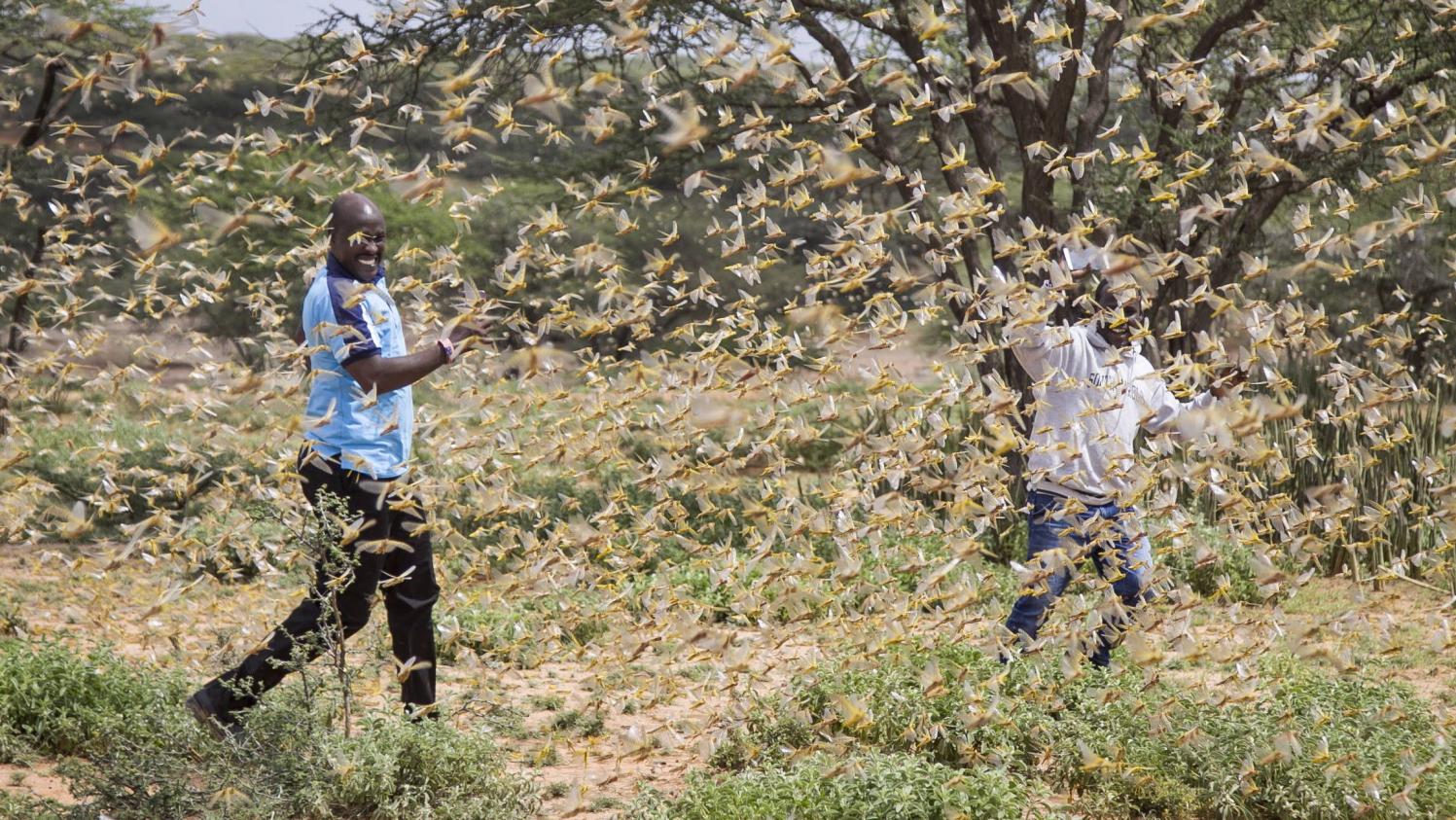 Desert locusts can be a major boost to both sexual powers and food security in the East African region according to researchers studying the insects. In addition the insects  can offer protection to non communicable diseases such as cancer. So it isn’t entirely the end of the world as the deadly insects swarm towards Kampala.

The WHO says non-communicable diseases such as heart attacks, stroke, cancers, diabetes and asthma kill about 28 million people a year in low- and middle-income countries, including those in Sub-Saharan Africa. In a new study made by researchers based in Kenya and the US it was revealed that locusts contain high levels of zinc an ingredient that increases sexual performance both in men and women

One of the researchers at the international center of insect physiology in Kenya  said “They are also rich in proteins, fatty acids and minerals that boost immunity, fight cancer and boost sexual performance”