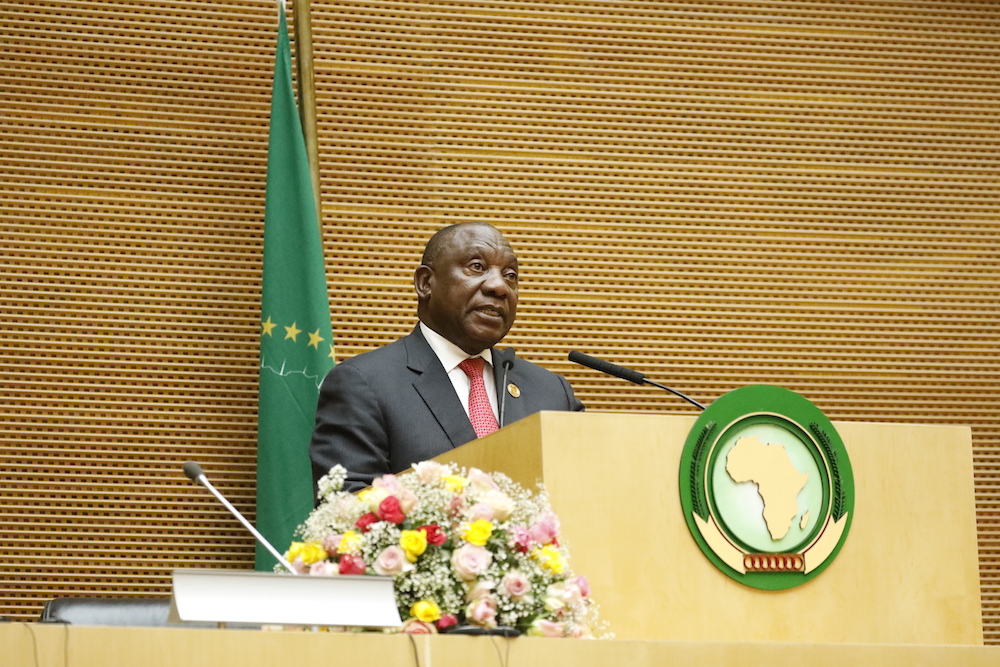 The newly-elected Chairperson of the African Union, Cyril Ramaphosa, also President of South Africa, has noted with concern that Africa remains a hotbed of terrorism and conflict, most of it sponsored and supported by foreigners with their agenda, saying it’s cancer that needs to be eradicated.

In his address to the African Union Heads of State and Government during the 33rd Ordinary Session of the Assembly that took place in Addis Ababa, Ethiopia from 9-10 February 2020, Ramaphosa outlined his priorities of focus being: peace, gender equality, inclusive growth, and development.

He said economic and financial inclusion of women and the drive to position Africa as a strong world player, was top on his agenda.
“We have to find more practical and sustainable ways of empowering the women of our continent,” he said adding that “public and private procurements offer great opportunities as they account for 30% of the GDP of many countries on the continent.”

On the violence bedeviling the continent, with reference to the conflict in Libya, Ramaphosa said there’s no military solution to the problem. He said the solution is with Africa taking charge of its agenda and devising African solutions to African problems.

The African Union summit also discussed issues such as sustainable funding for Africa’s development agenda and contributions to the AU’s budget, progress made in the implementation of Agenda 2063, perationalization of the Africa Continental Free Trade Area and Africa’s digital transformation strategy among others.