Nigerian Star Rudeboy Already in Kampala ahead of His Valentines Day Performance. 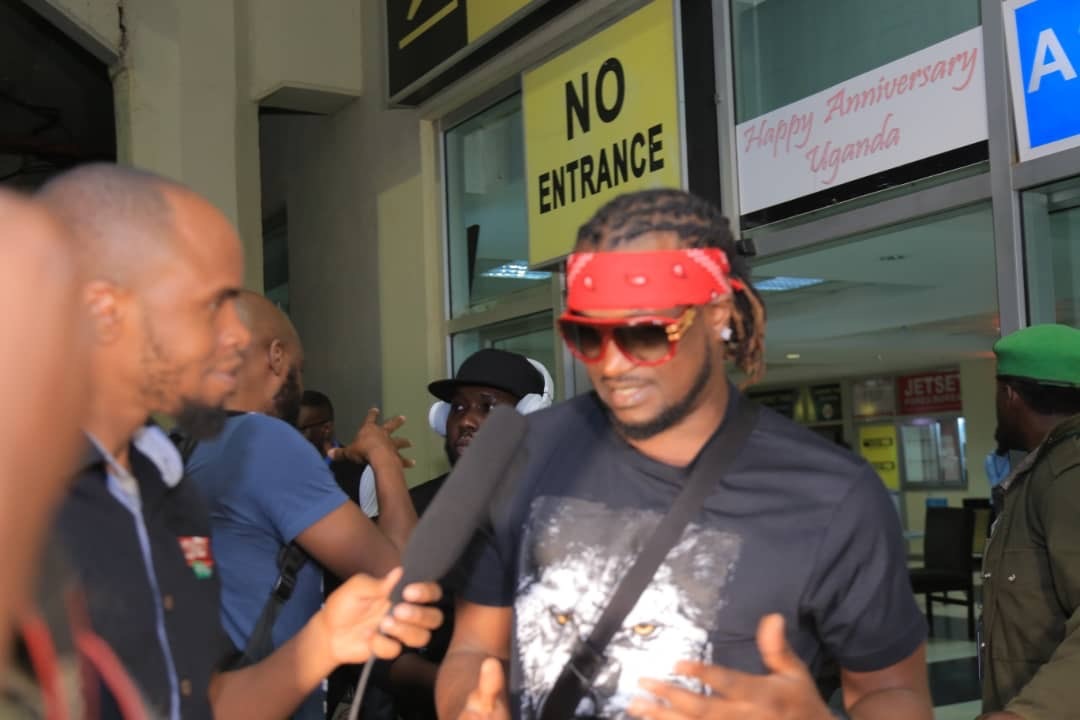 Nigerian star Rudeboy is already in town for his Friday show. He landed at Entebbe airport today at around 2:00 am with the Rwanda airways. He looked tired from the flight but this did not stop journalists from bustled to get a word from him.

Alex Muhangi was able to land a quick interview with him as soon as he touched the Ugandan soil.

“I’m ready to give Ugandans the best. I remember the last time I was here it was memorable and it was at the same venue Lugogo.” Said a tired Rudeboy. It is four years since Rudeboy visited Uganda.

When asked what the fans should expect, he promised to put up a performance that they would never forget. “I have many hot songs. I have Fire fire, I have reason with me, I have together, reality and so many others so if you enjoy my music just be ready for me.” 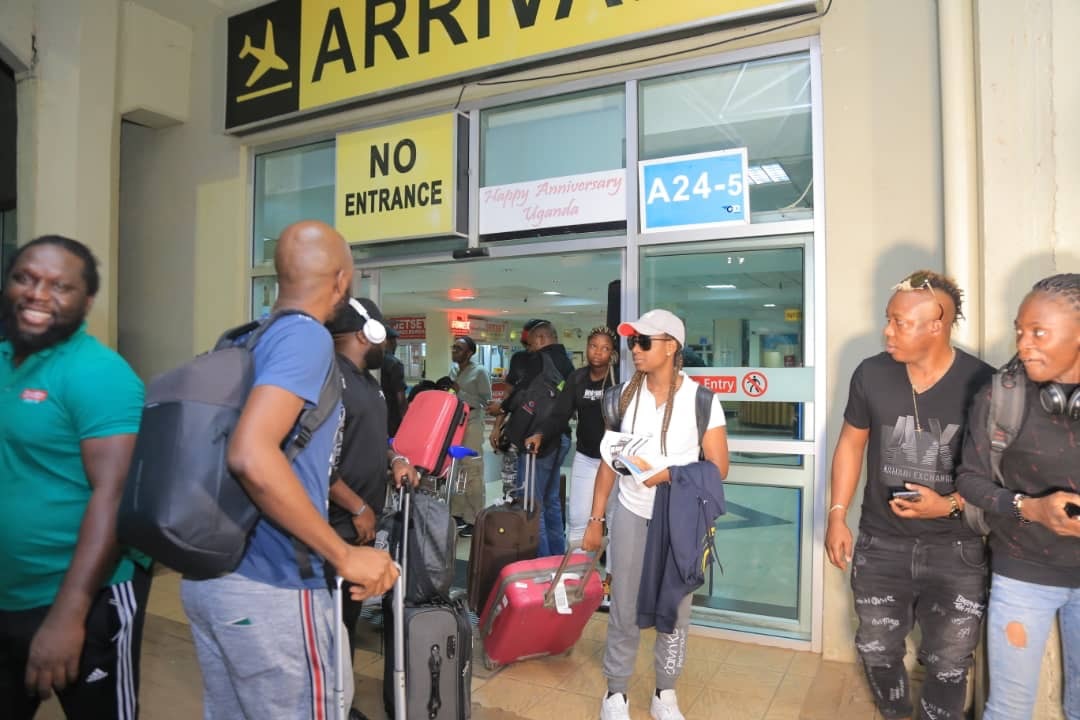 Rudeboy got his name after he parted ways with his brother Peter Okoye in 2016 due to some misunderstandings that were not clear. The identical twin brothers had gained a longstanding P Square fame that immediately dissolved after they split. Paul Okoye acquired a new stage name Rudeboy while his brother Peter Okoye branded himself Mr. P. 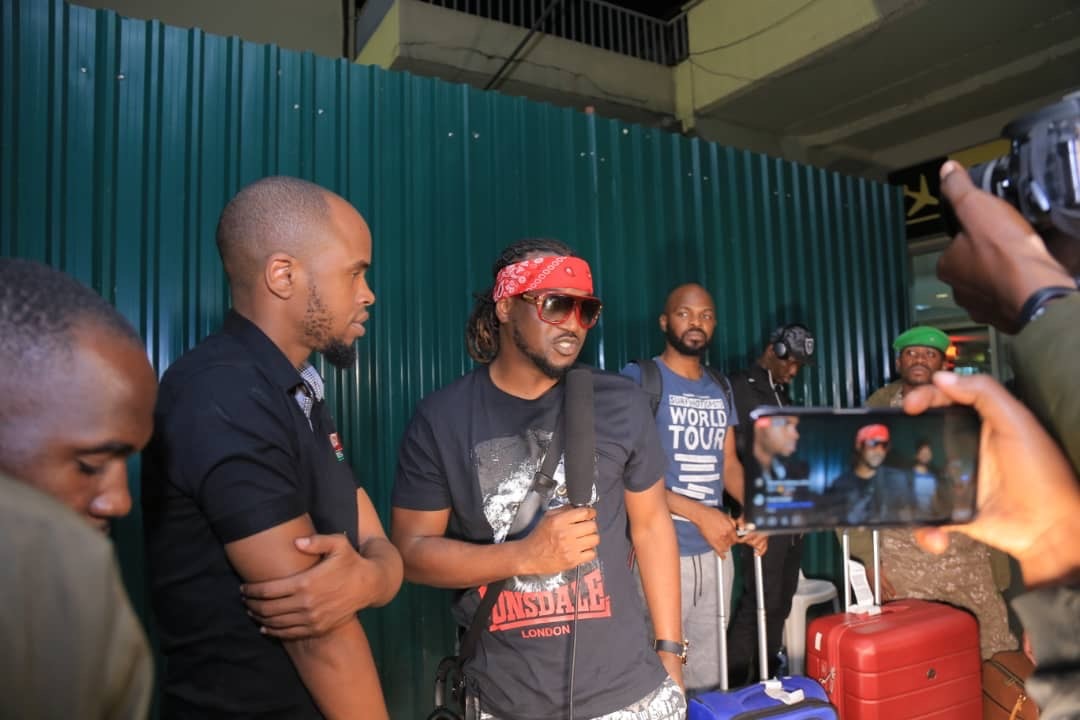 Rudeboy’s show is happening at Lugogo cricket oval on the same day with Rema Namakula’s show that is to take place at Serena hotel with entrance fee starting from 100,000 shillings. Many critics have come up to declare how one of the shows might flop due to the collision. We shall follow up how it all turns out.