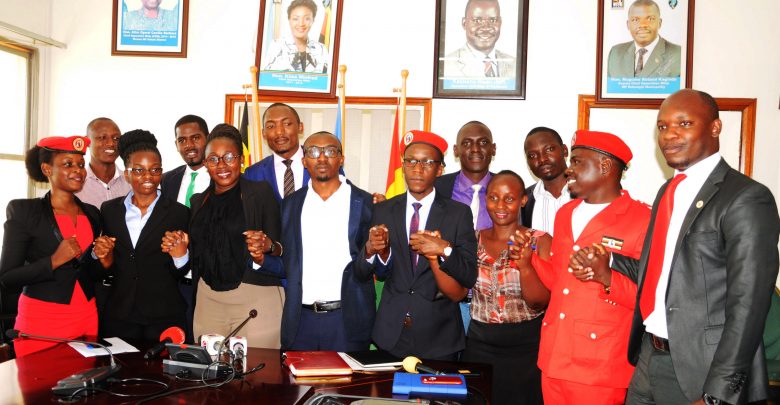 Youth Leaders from the Opposition are calling upon all Ugandans especially the Youth to participate in the forthcoming national youth elections.

The Opposition Youth leaders who belong to the Democratic Party, FDC, Alliance for National Transformation, People Power  Movement, FDC, and many other Political Parties noted that for so long youth elections have been carried out with insufficient publicity and sensitization.

In a joint Press Conference they pleaded with all Ugandans to prepare and participate in the national youth elections because the EC organizing elections with insufficient publicity and sensitization has not only disenfranchised many youths but also left them unaware of when and how their leaders are elected,” they said.

The Youth Leaders included Francis Zaake (People Power),  Matanda Abubaker(ANT), Okidi Christopher( DP) and Muhindi Kennedy(JEEMA) who also encouraged the youth to check and confirm their eligibility to vote from February 19 to 28, 2020, identify and nominate candidates from April 8 to 13, 2020, conduct campaigns and participate in the village elections on April 24, 2020, and onwards.

They also pleaded with the Electoral Commission to popularize the youth elections adding that the electoral commission needs to consolidate and make known the electoral guidelines.

Among other issues, the Opposition Youth Leaders urged all youth especially those in the Opposition to remain civil and tolerant to all political views ahead of 2021.