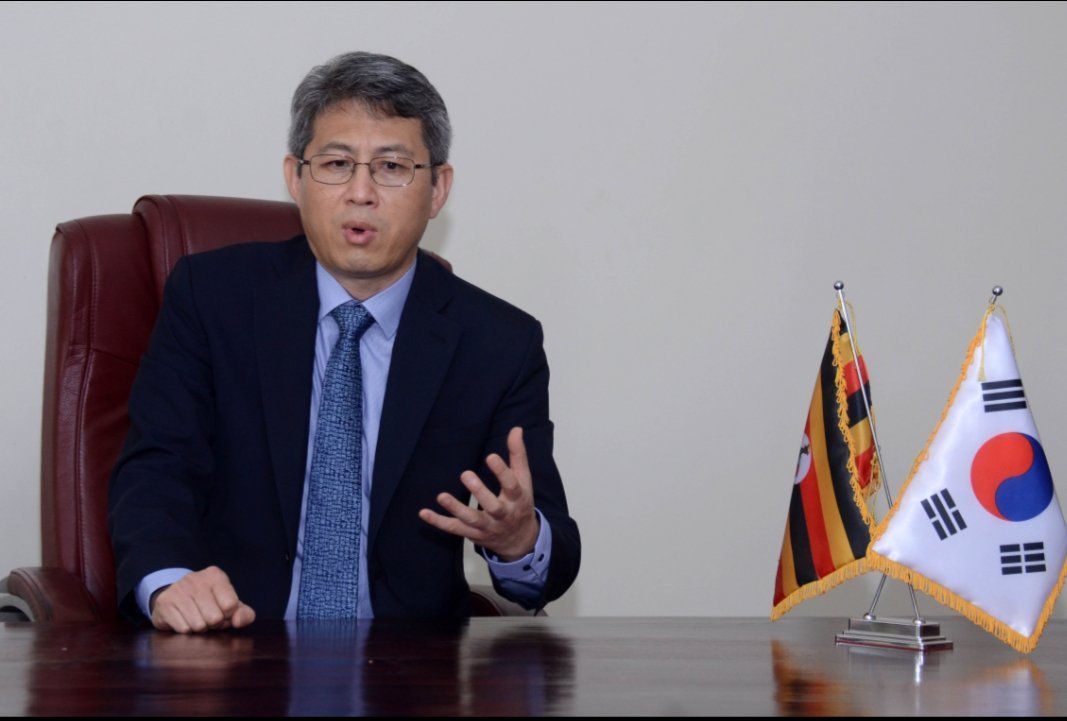 The South Korean ambassador to Uganda, Ha Byung-Kyoo has said many of his nationals back home are still traumatized by the horrific Idi Amin rule.

According to Kyoo, many South Koreans are afraid of visiting the East African nation because of the excess brutality exhibited by the Idi Amin government in the 1970’s. Kyoo intimates that many South Koreans still hold negative views about Uganda as majority deem it a dangerous and unsafe destination.

Kyoo said this at students gathering in Kabale University during a public lecture he presided over. Kyoo further added that the country’s ugly past attributes to why South Koreans opt to visit Rwanda and Kenya.

A section of Ugandans have however spit venom at the South Korean envoy for exhibiting what they describe as ‘unnecessary ignorance’. Rubangakene, a Ugandan social media says, ‘ the ambassador and his team must not be doing a good job of they can’t even inform the most internet connected country in the world, South Korea (especially through their websites) which then is a Museveni/NRM issue, not Amin’s.’ Another furious social media user poses a question, ‘what does Uganda need with misinformed investors or tourists who can’t even try to research on the current Uganda?’