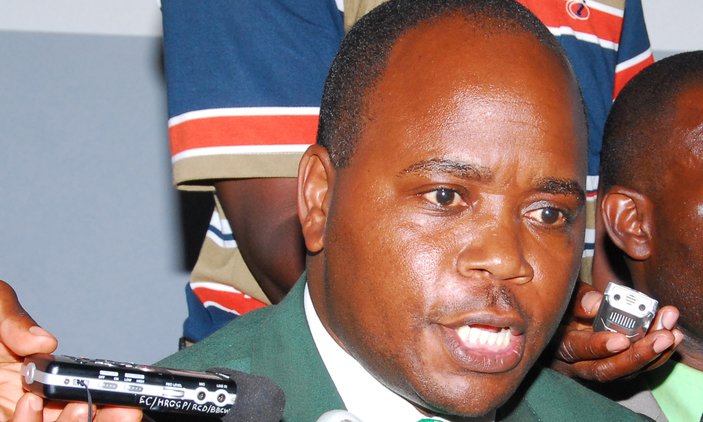 Samuel Walter Lubega Mukaaku, the 2011 Presidential candidate and a member of the DP bloc has declared a 2020 DP President candidacy against Norbert Mao.

Lubega vowed to change the party back to the original roots of its forefather Ben Kiwanuka adding that he has been deeply concerned about the direction in which DP is currently leading since the Mao administration lost direction.

Lubega added that as bonafide owners of the DP they have a duty to fix DP and make it great again.

Despite DP having the biggest brainpower potential, Mukaaku says unseating Mao would be smart enough to provide answers for self-reinvention thus his determination to take over DP leadership.

He also promised to deliver a leadership that is transparent and accountable to the wider Party members and stakeholders adding that he is ready to consolidate the fourteen giant strides that are under attack by the Mao leadership.

Mukaaku is the first member of DP bloc to formally declare a 2020 DP President candidacy.

Among other candidates intending to unseat Mao include Dr. Micheal Lulume Bayiga whom many DP supporters think that he is now more radical to the ruling regime as compared to Mao’s current statements.

Brenda Nabukenya the Former Luweero Woman Member of Parliament is the fourth one who has declared her intention to challenge Mao.