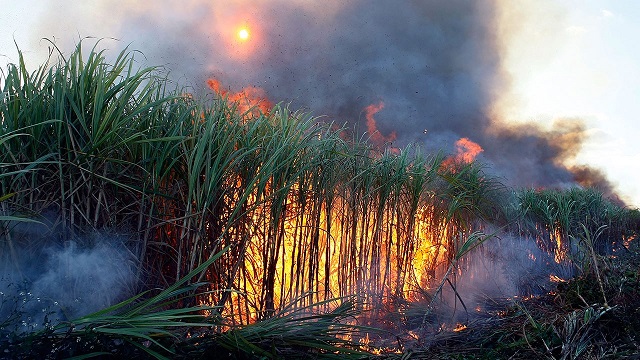 From Sunday, vengeance attacks on the Kakira sugar plantations have been ravaging as locals expressed anger towards the shooting of one of their own.

The Sugar managers say they are considering reducing dependence on out growers as a means of coping with the registered losses. The arsonists destroyed 750 acres of sugar plantations in a three day coordinated operation that sparked off on Sunday. About 26,000 tonnes of raw cane amounting to shs 3.5 billion has been destroyed.

From the time the incident occurred, unidentified arsonists have been carrying out vengeance attacks on Madhvani’s vast sugarcane plantations on Kakira town council, Jinja. According to the industry management, the attacks which sparked on Sunday progressed up to Wednesday evening when some normalcy was restored.

The company agriculture manager, Samuel Chidona says they have resolved to reduce reliance on out growers. ‘For now, we have decided to scale down the amount of cane from out growers. Normally, they deliver plus or minus 6,000 tonnes of cane per day, but we have scaled down to 2,000 tonnes which us an unfortunate loss to the farmers for the next six days,’ he stressed.