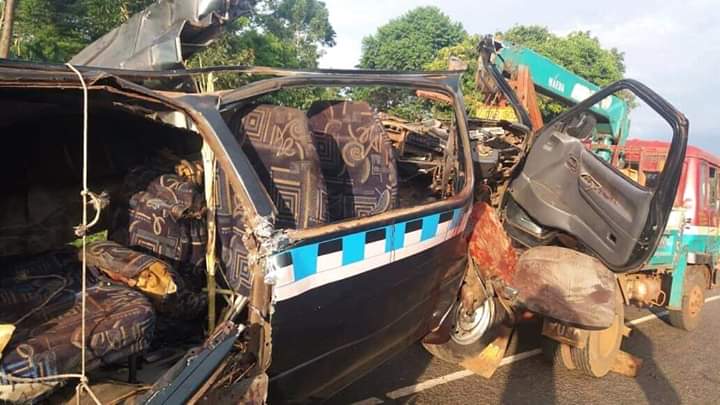 At least fifteen people have been confirmed dead after a commuter taxi in which they were travelling rammed into a stationary Tata.

A commuter taxi, reg. number UBD 089A which was heading to Kampala from Namayingo clashed with a sugar company stationary Tata reg.number UWP 616 at Imanyiro village.

All the bodies of the deceased have been recovered by the regional police and have already been take to Mayuge health centre IV for post mortem examination.

The cause of the accident has not yet been identified but police has frequented the scene to get first hand information regarding what could have led to the accident.